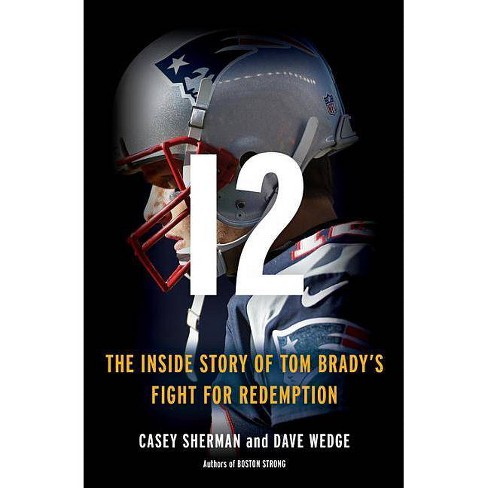 The thrilling behind-the-scenes account of how the NFL's most sensational scandal culminated in sports history's greatest comeback, featuring dozens of exclusive interviews with Patriots players -- including Tom Brady himself.

In January 2015, rumors circulated that the New England Patriots -- a team long suspected of abiding by the "if you ain't cheating you ain't trying" philosophy -- had used under-inflated footballs in their playoff victory against the Indianapolis Colts. As evidence began to build, however, a full on NFL investigation was launched, exploding an unsubstantiated rumor into an intense scandal that would lead news coverage for weeks. As shockwaves rippled throughout the NFL system, the very legitimacy of one of the league's most popular teams and their star quarterback began to erode, even as the Patriots and Brady went on to win that year's Super Bowl. But as the celebrations gave way to the offseason, the investigation only intensified, reopening old wounds between the Patriots' powerful owner, Robert Kraft, and the NFL commissioner, Roger Goodell. Brady was devastated and seemingly more nervous in front of a judge that on a game-winning drive. When the dust settled, Brady would be able to play again - but only after watching the first four games of the 2016 season from his couch. The pressure couldn't have been more intense: Brady's legacy was at stake. If he failed to return to his usual self, all the critics and even the history books would have to put a giant asterisk next to his name, signifying one thing: he was a cheater. 12 is the propulsive story of this gritty comeback. It's a drama that unfolds in the locker room, the court room, and under the brightest lights in all of sports -- the Super Bowl. Now for the first time, readers will have an exclusive look into Tom Brady's experience and the NFL's shocking strangle-hold on their players. With unprecedented access to Brady himself, his teammates, and his lawyers, we will see just how a football legend went up against one of the largest corporations in the world to stage the greatest comeback in NFL history and emerge a god of the gridiron.

"12: The Inside Story of Tom Brady's Redemption Season is worth the read...there is plenty for the average NFL fan to enjoy."--Windy City Gridiron

"A welcome addition to many a football fan's library."--Publishers Weekly

"Authors Casey Sherman and Dave Wedge lay bare an incredible tale laced with hatred, deceit, mistrust and petty grievances ... For any football fan, 12 is an interesting and revealing look at the NFL and one of its premier players. For the New England fan, it is an oh-so-sweet tale of revenge and resurrection of the reputation of one of the greatest players to ever grace a football field... 12: The Inside Story of Tom Brady's Fight For Redemption takes us places in this amazing Patriots' story where we've never been before."--The Providence Journal

"Casey Sherman and Dave Wedge's "12: The Inside Story of Tom Brady's Fight for Redemption" delivers what the title promises ... First-timers to the absurdity of the endlessly baffling Deflategate investigation should be able to follow it easily. That was no small feat in real time. Sherman and Wedge steer readers through it all without leaving anything essential out or dumbing things down."--Washington Post

"Expect sports-talk radio to be buzzing over this one."--Booklist

"Giving readers a close look into Tom Brady, his marriage to Gisele and his bounce back after deflate-gate, this book explores the relationship between the NFL and its players through dozens on exclusive interviews with NFL players including Brady himself."--Today.com

"Just how Brady attempted to defend himself in court and his redemptive return to lead the Patriots to a Super Bowl triumph is retold in detail in 12, the book title that bears Brady's jersey number."--The Christian Science Monitor

"The book gives readers a glimpse of the power politics behind the NFL shield."--The Patriot Ledger

Casey Sherman is an acclaimed journalist and author of ten books, including The Finest Hours, a New York Times bestseller that became a major motion picture, and CBS Films' Patriots Day. A graduate of Boston University, he is also a contributing writer for Esquire and Boston Magazine, an international correspondent for FOX News, the co-founder of Whydah Productions, and a much sought after national speaker. He lives in Massachusetts. Dave Wedge is a veteran journalist and the bestselling author of Boston Strong, which was adapted for the 2017 feature film Patriots Day. He writes for VICE and was an award-winning investigative reporter and columnist for the Boston Herald for 14 years. He's also written for Esquire, Newsweek, and DigBoston, among other outlets. A graduate of Boston College, he is a regular commentator on local and national networks, including CNN, FoxNews, CBS, MSNBC, CNBC, Good Morning America, CBC, and E! True Hollywood Stories.
If the item details above aren’t accurate or complete, we want to know about it. Report incorrect product info.