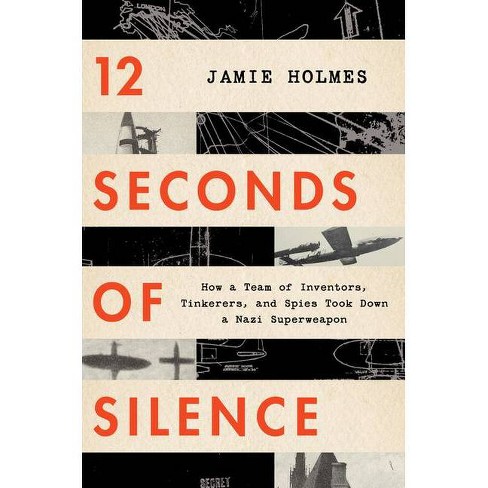 "Perhaps the greatest praise I can offer as an author is to admit to wishing that I had written this book myself. Jamie Holmes takes an arcane chapter of World War II science and reveals it to be a story full of drama and intrigue, an engrossing narrative that keeps you turning pages . . . Holmes's storytelling is exquisite. Absolutely superb." -- Gregory A. Freeman, bestselling author of The Forgotten 500 and Sailors to the End "A tale of science, spycraft, and ingenuity--a ripping yarn from start to finish." -- Larrie D. Ferreiro, author of Pulitzer Prize finalist Brothers at Arms "Holmes writes like a dream . . . it all unfolds with the pace of a thriller." -- Peter Bergen, New York Times bestselling author of Manhunt and Trump and His Generals "In his eye-opening marvel of a book, Jamie Holmes reveals the fascinating story of the humble proximity fuse. It turns out to be not so humble, but rather a mighty war-winner and soldier-saver--and all thanks to an eccentric and eclectic band of tinkerers, hobbyists, and geeks who overcame enormous obstacles to turn what was once science fiction into a reality."--Alexander Rose, New York Times bestselling author of Washington's Spies and Empires of the Sky "Holmes vividly demonstrates what American military leaders knew well by the close of World War II: the atomic bomb ended the war, but the proximity fuse won it." -- G. Pascal Zachary, author of Endless Frontier: Vannevar Bush, Engineer of the American Century
If the item details above aren’t accurate or complete, we want to know about it. Report incorrect product info.