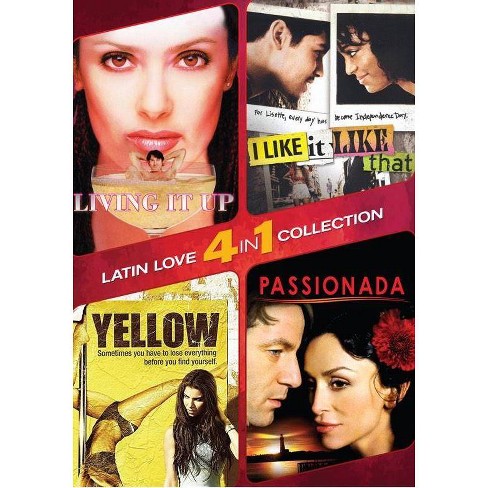 $6.39
MSRP$9.98
no reviews yet
be the first!be the first! ratings
Buy 2 get 1 free on select movies and kids' books
In-store or Online •
Shipping
Not available
Help us improve this page

4 Stories of Passion and Love!

Sexy Lola (Hayek) is a waitress down on her luck until she meets handsome, charming Martin (Gomez), who happens to be a big-spending millionaire... or is he? While the two indulge in a storybook romance complete with extravagant dinners, hundreds of roses and a champagne-filled swimming pool, the clock is ticking on Martin's million-dollar debt to the mob. And just as Martin realizes his deep love for Lola, she reveals a dark secret of her own. The final question is will this spicy fairy tale have a happy ending?

When her well-meaning husband is arrested, a young mother, Lisette, finds herself unprepared to support the family. Fast-talking her way into a job with a record producer (Griffin Dunne), Lisette quickly discovers her own hidden talents. But the boys in the neighborhood report back to Chino that she is "dating" her bigwig boss, leading to a major confrontation that changes their life together. For Lisette, every day has become Independence Day.

Sometimes passion needs a little persuasion. Sofia Milos (TV's CSI: Miami) stars as a widowed mother who refuses to date even years after her husband's death. Daughter Vicky (Emmy Rossum, A Phantom of the Opera, TV's Shameless) is set out on a quest to find romance for her mom - even if it means striking a deal with a handsome gambler (Jason Isaacs, The Patriot, Black Hawk Down) whom no mother would ever approve!