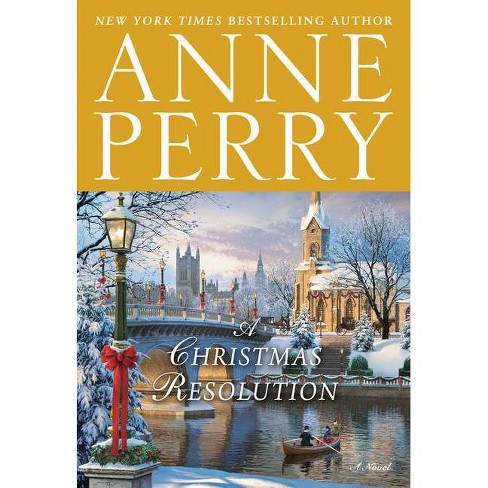 "When Celia Hooper discovers that her dear friend Clementine is to marry widower Seth Marlowe--a man with a sinister past--she calls upon her husband, Detective John Hooper of the Thames River Police, to help her find out what really happened to Seth's first wife several years ago. Rumour has it that she killed herself and Seth's daughter ran away to live on the streets but no one seems to know the truth"--

A smitten woman is about to marry a dangerous man--unless Detective Hooper and his new wife, Celia, can prevent it--in this wickedly tangled holiday mystery from bestselling author Anne Perry. Detective John Hooper, William Monk's right-hand man at the Thames River Police, is blissfully happy in his new marriage to Celia, the cousin of a victim in one of the river police's recent murder cases. Celia wants the same happiness for her good friend Clementine, who's just announced her engagement to Seth Marlowe, a member of her church. Christmas is nearing, and this should be extra cause for celebration, but when Marlowe begins receiving threatening letters about his first wife's death, it becomes clear that he is far from the devout man Clementine thought he was. In his rage, Marlowe accuses Celia of sending the letters, claiming she wants to ruin his engagement to Clementine. At a loss as to how to defend herself, Celia enlists Hooper to investigate the letters' claims, and what he finds makes her desperate to show Clementine the truth about her soon-to-be husband. But Celia herself has not always been truthful, especially not during the murder trial following her cousin's death. How can she be believed now, when she lied on the stand? Especially when Marlowe knows that she did, and could use it against her. This Yuletide season finds love and faith put to the test--and Celia's and Clementine's lives on the line.

Anne Perry is the bestselling author of seventeen previous holiday novels, as well as the William Monk series, the Charlotte and Thomas Pitt series, the Daniel Pitt series, and the new Elena Standish series. She has also written five World War I novels and a work of historical fiction, The Sheen on the Silk. Anne Perry lives in Los Angeles.
If the item details above aren’t accurate or complete, we want to know about it. Report incorrect product info.