A Congregation of Jackals - by S Craig Zahler (Paperback) 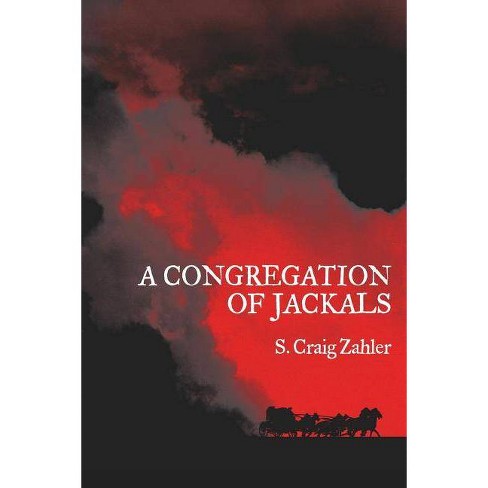 From the Director of Bone Tomahawk

In 1888 Oswell Danford is living a hard but satisfying life as a rancher in Virginia when he receives an unexpected telegram. A wedding invitation should be cause to celebrate but not when it means he'll have to face past deeds that he's deeply ashamed of.

Now he and his brother, along with their ex-compatriot, an inveterate gambler from New York, will have to travel to Montana Territory to settle an old score they'd nearly forgotten. They will join the expectant congregation at the small town church for the marriage of their former brother-in-arms. But while everyone else will be wishing a blissful future for the happy couple, these men will be praying the darkness from their past doesn't devour the entire town. A Congregation of Jackals is an unrelenting tale of betrayal and revenge told with a precise brutality that will leave you breathless and haunted.

While Zahler is not a stranger to the Western genre he brings his own unique twist to the Wild West. He wrote and directed Bone Tomahawk, the breakout Horror/Western crossover film of 2015 and his novel Wraiths of the Broken Land is being adapted for the screen by Ridley Scott and Drew Goddard. Although these three works don't share characters or plotlines he considers them to be something of a thematic trilogy. All three share his fascination with revenge, betrayal and extreme violence in the defense of innocence.

"A Congregation of Jackals is a mature and thoughtful Western that can stand up alongside anything that Cormac McCarthy or Larry McMurtry have written. At the same time, its unrepentant violence, intensity, and dark worldview could easily appeal to fans of hardboiled crime fiction, as well as current envelope-pushing Western authors like Peter Brandvold, Max McCoy, and J. Lee Butts."--Somebody Dies

"S. Craig Zahler has a knack for telling a perfect--and perfectly horrifying--revenge tale. He worships at the altar of blood and vicious, pain inducing violence, and there are scenarios here that would scare the hell out of Barker or King, so brutal and horrifying that my skin crawls even long after I've completed the act of reading the book. It's a story that will embed itself in your psyche and scramble your brain with its unapologetic, unwavering look into the heart of human cruelty and the extents that evil men will go to for the sake of retribution."--Ginger Nuts of Horror