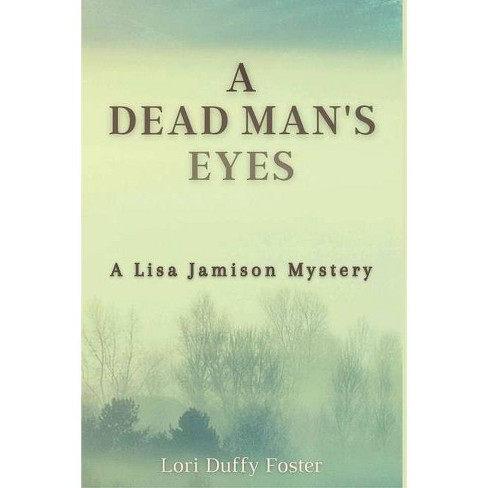 Lisa Jamison's life changes when Lisa sees her daughter in the eyes of a dead man.

Lisa Jamison has done well for a single mom who got pregnant at fifteen.

She is a reporter at a well-respected newspaper and her teenage daughter is both an athlete and honors student. Though their relationship is rocky these days, Lisa has accomplished what she set out to do. She has given her daughter the kind of life she never had.

But all that changes when Lisa sees her daughter in the eyes of a dead man.

The cops call it a drug killing, but Lisa doesn't believe it. She knows her ex-boyfriend was no drug dealer even though she had not seen him in sixteen years. Lisa ignores warnings from her medical-examiner friend. She fails to heed barely veiled threats from the sheriff of a neighboring county. Instead, she risks her life and the lives of her daughter and their closest friend on a dangerous quest for answers.

The investigation leaves Lisa fighting for her family in a morbid, black market world she never knew existed. She learns that trust is complicated and that she, despite her cynical nature, has been blind. She trusted the wrong people and now she might have to pay with her life.

"Only a skilled and experienced reporter could craft such an authentically gripping story. Duffy Foster is the real deal-emotional depth and honest story-telling make this a terrific debut!" -Hank Phillippi Ryan/ USA Today Bestselling Author of The First to Lie

"A fine debut, packed with action and intrigue. We see in A Dead Man's Eyes what it truly means to be family, and sometimes what it takes to protect the ones we love. Lori Duffy Foster has given crime fiction a wonderful new protagonist: a journalist with the curiosity and heart to get her into trouble, the smarts and bravery to get her out of it, and the humanity for us to care deeply that she succeeds. Duffy Foster skillfully kicks off with a grim puzzle, then hurls us into a deadly game of cat-and-mouse, keeping the tension high, and the stakes higher. We can only hope this will be the first of many adventures with protagonist Lisa Jamison." -Mark Pryor, author of the Hugo Marston series