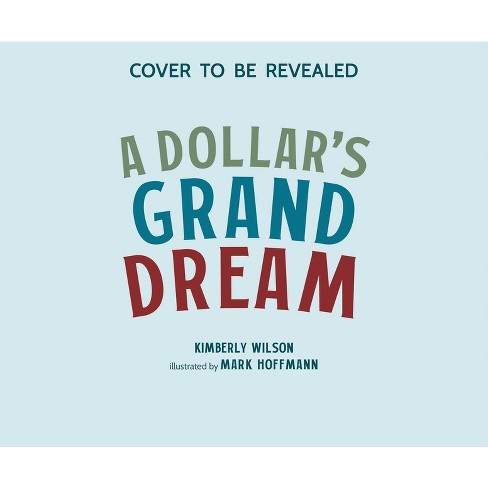 Big Bill the dollar loves his one-derful life of tippin', payin', and donatin' at restaurants, farmers markets, and collection jars...until Hundred pays a visit, telling tales of large bills living in the lap of luxury. Then Bill's dreams turn to mega mansions, fancy cars, and superstars.

With the magical help of his friend Penny, Bill's wish for wealth comes true. Suddenly he's a ten thousand dollar bill----one of the biggest bills in history! But when glamorous Thousand steps in to show him the ropes, he begins to worry his grand new life might not be what he was banking on. The one and only change-wranglin' buckaroo stars in a hilarious adventure rich with puns that reminds us to be careful what we wish for and to value what we already have.

Kimberly Wilson was inspired by some of her favorite songs about money--like Barenaked Ladies' "If I Had $1,000,000" and Travie McCoy's "Billionaire"--to write this big bucks sequel to A Penny's Worth (Page Street Kids). She works as a writer full-time and lives in North Carolina with her husband, two daughters, and puppy.

Mark Hoffmann has never pocketed a bill as large as Thousand, but he once had a lot of two-dollar bills, which are the rarest money still being produced in the United States! In addition to illustrating children's books such as A Penny's Worth, Mark also works as a college professor. He lives in Salem, New Hampshire.
If the item details above aren’t accurate or complete, we want to know about it.

A Dollar for Penny - (Step Into Reading) by Julie Glass (Paperback)

A Penny's Worth - by Kimberly Wilson

Hearts of the Same Color - by Kimberly Wilson (Paperback)