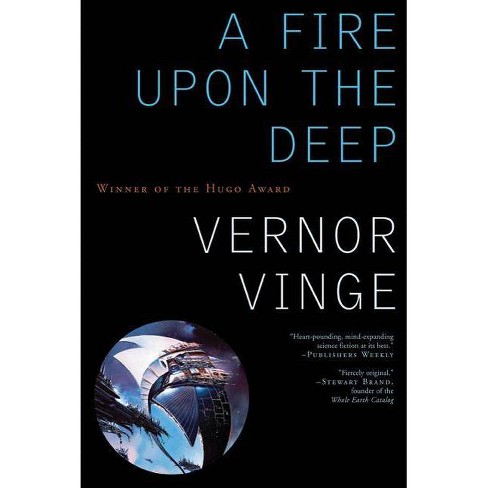 $12.29
MSRP$18.99
no reviews yet
be the first!be the first! ratings
Shipping
Free standard shipping with RedCard
Loading, please wait...
Help us improve this page

"A Fire Upon the Deep by Vernor Vinge is a genuine galactic epic. Weaving a large cast of humans and aliens, Vinge tells an exciting story in space and on several planets packed with ideas and wonder. This is big-scale science fiction at its best." --Fred Cleaver, the Denver Post

"Vast, riveting far-future saga involving evil gods, interstellar war, and manipulative aliens, from the author of The Peace War and the splendid Marooned in Realtime. No summary can do justice to the depth and conviction of Vinge's ideas. The overall concept astonishes; the aliens are developed with memorable skill and insight; the plot twists and turns with unputdownable tension." --Kirkus Reviews, starred review

"Thoughtful space opera at its best, this book delivers everything it promises in terms of galactic scope, audacious concepts, and believable characters both human and nonhuman." --The New York Times Book Review

"Vinge, whose characters are as interesting as the science this time, has produced a cosmic epic the equal of any in recent years." --The Houston Post

"Vernor Vinge's A Fire Upon the Deep is a wide-screen science fiction epic of the type few writers attempt any more, probably because nobody until Vinge has ever done it well. It has Hugo Winner written all over it." --The Washington Post Book World