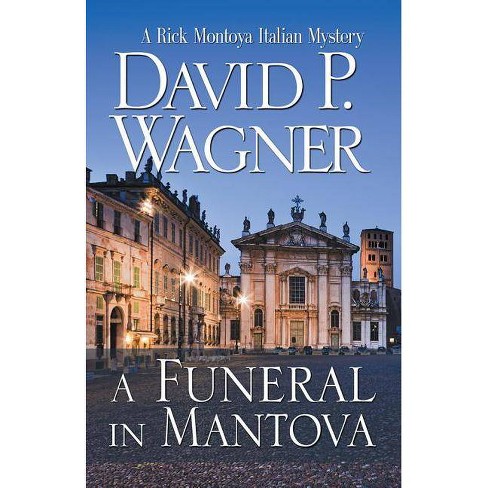 $15.39
MSRP$18.99
0 out of 5 stars with 0 reviews
be the first!be the first! ratings
Shipping
Free standard shipping with RedCard
Help us improve this page

The body rolled off the planks and slipped into the water with barely a splash, quickly embraced by the steady current flowing toward the city of Mantova. It comes to rest against rocks overlooked by the grim ramparts of Castello di San Giorgio as the river Mincio flows on towards the Po and the Adriatic Sea.

Lombardy was once hotly disputed by the cities of Venice and Milan. Today it is famed for its food rather than war. But the murder of the elderly fisherman, for so it proves to be, reveals battles still rage within the region's controlled agribiz, the manufacture of cheese and cured meats by generations of local families, as well as over the best use for a parcel of land owned by the victim, Roberto Rondini, and now passing to his heirs.

Rick Montoya, an American from New Mexico self-employed as a translator in Italy, soon receives a call from the States. The US Embassy in Rome has recommended his services to wealthy Angelo Rondini, cousin to Roberto. Angelo, age seventy-eight and born in nearby Voglia, has been invited to the funeral by Roberto's daughter, Livia Guarino. Out of respect, Angelo has agreed to connect with the Italian family he hasn't seen since he was a very young boy.

Rick hires on as interpreter. And soon receives another assignment - a local cop, Inspector Crespi, linked to Rick's uncle, Commissario Piero Fontana of the Roman Questura, leads the murder investigation and asks Rick to observe and report. Rick agrees, if Angelo accepts his working undercover. And so Rick once again puts his linguistic skills to use for the local law in solving a crime.

Despite the joys and distractions of the city and its watery setting, its glorious art and architecture, and the temptations of the local cuisine and cheese culture, the investigation must probe the life of Roberto and the history of the Rondinis as well as the rivalries of the locals. Yet with all this on display, the story is stolen by two women: Angelo's American executive assistant, and Livia, the Rondini clan's new matriarch.