A Gift from Bob - by James Bowen (Paperback) 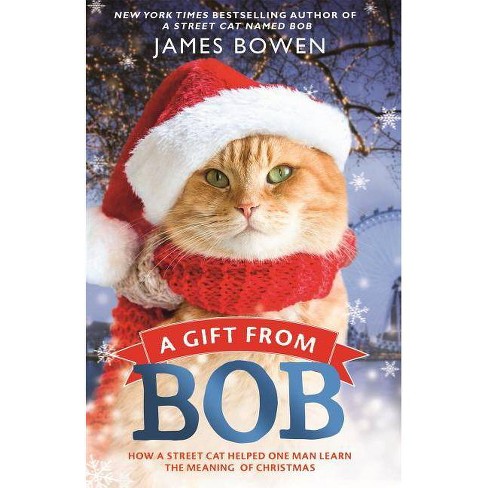 In this poignant new story, A Gift from Bob, James Bowen recalls the last Christmas he was to spend on the streets, busking and selling the Big Issue with his cat Bob.

In 2010, the weather was as bleak as his prospects. Christmas had always been the time he dreaded. Now at least he had Bob by his side, but his health was poor, and he had no money for food or warmth. There was no choice but to venture out onto the frozen streets to earn enough to pay for his electricity and--with luck--to afford some small treats for Christmas as well. What James learned through this toughest of times was to give his new life with Bob--and Christmas--a meaning it had never had before.
If the item details above aren’t accurate or complete, we want to know about it. Report incorrect product info.