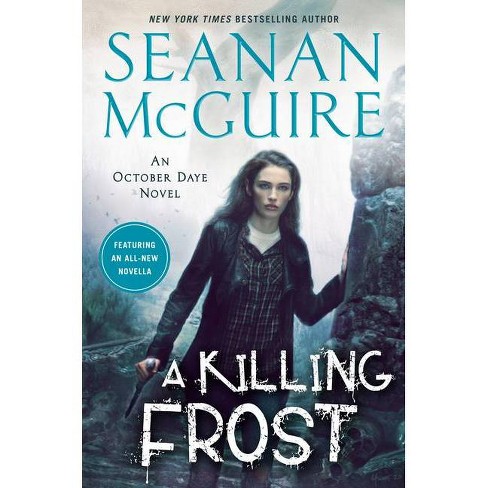 $27.00
new at target¬
no reviews yet
be the first!be the first! ratings
Release Date: coming soon!
Preorder for
Edit zip
Ships by release date with free standard shipping using RedCard
Help us improve this page

Praise for the October Daye series: "The top of my urban-paranormal series list! I am so invested in the worldbuilding and the characters.... The romance is real and awesome, but doesn't overshadow the adventure." --Felicia Day "The 13th outing for Daye is just as fresh and exciting as the first. McGuire has built a complex world, where seemingly loose ends are woven tightly into the series. Highly recommended." --Library Journal (starred) "Toby's combination of pragmatic heroism and relentless self-destruction makes her a compelling heroine in a secret folklore-filled world that still feels fresh and dangerous after all this time." --Publishers Weekly "The worldbuilding in this series has astonishing depth, and Night and Silence is no exception--12 books in, McGuire is still giving readers fascinating new pieces of the Faerie puzzle." --Booklist "I can't believe McGuire can come up with another adventure as riveting as this one. But then I say that after every book in this series." --SFRevu "McGuire has never lacked for courage in her writing.... The phenomenally inventive October Daye series showcases her narrative daring and ingenuity beautifully." --RT Reviews "Prepare to be dazzled.... Like the best of urban fantasy, with each reveal and mystery solved, Toby's world grows ever more enticing. As seductive as Faerie itself, this is one series I could never give up." --All Things Urban Fantasy "These books are like watching half a season of your favorite television series all at once.... More than anything else, it's the fun of it all that's kept me returning to McGuire's books and to this series." --SF Signal "The plot is strong, the characterization is terrific, the tragedies hurt...and McGuire's usual beautiful writing and dark humor are present and accounted for. This has become one of my favorite urban fantasy series." --Fantasy Literature
If the item details above aren’t accurate or complete, we want to know about it. Report incorrect product info.