A Legacy of Spies - by John Le Carre (Paperback) 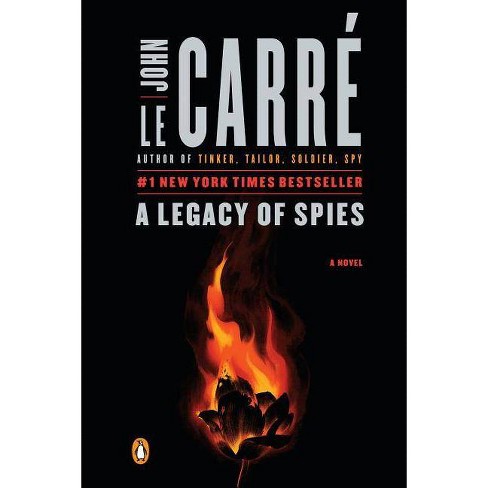 $9.69
MSRP$17.00
5 out of 5 stars with 1 reviews
11 ratings
Shipping
Free standard shipping with RedCard
Help us improve this page

"[Le Carrï¿½'s] novels are so brilliant because they're emotionally and psychologically absolutely true, but of course they're novels." --New York Times Book Review "Le Carrï¿½'s prose remains brisk and lapidary. His wit is intact and rolls as if on casters... I might as well say it: to read this simmering novel is to come in from the cold." --New York Times "Le Carrï¿½ is such a gifted storyteller that he interlaces the cards in his deck so they fit not simply with this book, but with the earlier ones as well." --The Atlantic "A kind of eulogy for the present as well as the past, A Legacy of Spies is haunting." --Chicago Tribune "Swift and satisfying." --USA Today

"We wish for more complexity and logic in our politics, so we look to make political art that is logical and complex: a genre defined by John le Carrï¿½." --New Republic "The spy master's latest Smiley novel entwines today's world with a lost one... Ingenious."
--Washington Post "Intricately plotted and richly satisfying." --Star Tribune "Gripping."--The Christian Science Monitor "[Le Carrï¿½] can convey a character in a sentence, land an emotional insight in [a] phrase & demolish an ideology in a paragraph." --Publishers Weekly (starred)

"Any reader who knows le Carrï¿½'s earlier work, and quite a few who don't, will assume that any attempt to second-guess the mandarins of the Service will backfire. The miracle is that the author can revisit his best-known story and discover layer upon layer of fresh deception beneath it."
--Kirkus Praise for John le Carrï¿½ "One of our great writers of moral ambiguity, a tireless explorer of that darkly contradictory no-man's land."
--Los Angeles Times

"No other writer has charted--pitilessly for politicians but thrillingly for readers--the public and secret histories of his times."
--The Guardian (UK) "I would suggest immortality for John le Carrï¿½, who I believe one of the most intelligent and entertaining writers working today."
--Alan Cheuse, Chicago Tribune "The constant flow of emotion lifts le Carrï¿½ not only above all modern suspense novelists, but above most novelists now practicing."
--Financial Times "A writer of towering gifts."
--The Independent (UK)
If the item details above aren’t accurate or complete, we want to know about it. Report incorrect product info.

5 out of 5 stars
Would recommend
Pet lover - 12 months ago, Verified purchaser
Bought as gift for my daughter! Exactly what she requested.
Did you find this review helpful?
Report review