A Place for Us - by Julia L Foulkes (Hardcover) 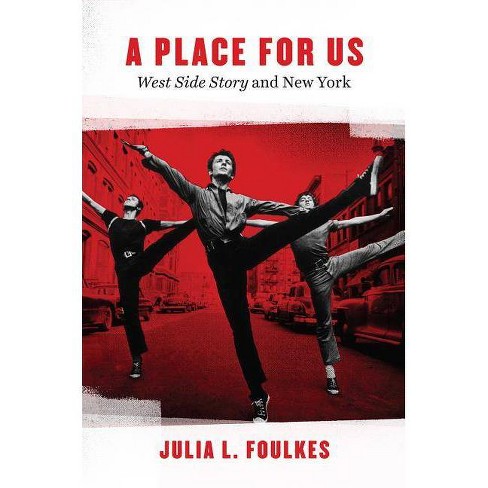 From its Broadway debut to the Oscar-winning film to countless amateur productions, West Side Story is nothing less than an American touchstone--an updating of Shakespeare vividly realized in a rapidly changing postwar New York. That vision of postwar New York is at the heart of Julia L. Foulkes's A Place for Us. A lifelong fan of the show, Foulkes became interested in its history when she made an unexpected discovery: scenes for the iconic film version were shot on the demolition site destined to become part of the Lincoln Center redevelopment area--a crowning jewel of postwar urban renewal. Foulkes interweaves the story of the creation of the musical and film with the remaking of the Upper West Side and the larger tale of New York's postwar aspirations. Making unprecedented use of director and choreographer Jerome Robbins's revelatory papers, she shows the crucial role played by the political commitments of Robbins and his fellow gay, Jewish collaborators, Leonard Bernstein and Arthur Laurents. Their determination to evoke life in New York as it was actually lived helped give West Side Story its unshakable sense of place even as it put forward a vision of a new, vigorous, determinedly multicultural American city. Beautifully written and full of surprises for even the most dedicated West Side Story fan, A Place for Us is a revelatory new exploration of an American classic.
If the item details above aren’t accurate or complete, we want to know about it. Report incorrect product info.