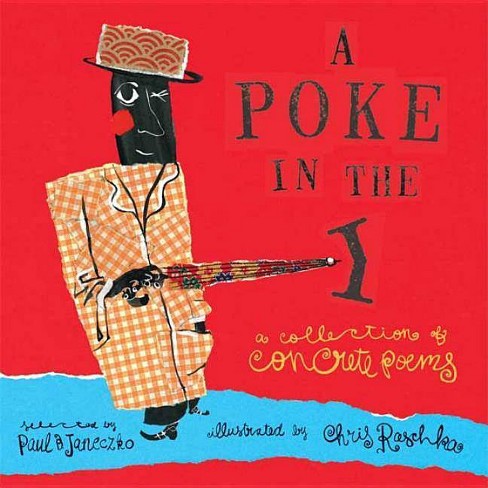 $7.59
MSRP$7.99
no reviews yet
be the first!be the first! ratings
Buy 2 get 1 free on video games, movies and books
Online only •
Shipping
Free standard shipping with RedCard
Help us improve this page

Paul B. Janeczko (1945-2019) was a poet and teacher who edited numerous award-winning poetry anthologies for young people, including A Poke in the I, A Kick in the Head, A Foot in the Mouth, and The Death of the Hat, all of which were illustrated by Chris Raschka; Firefly July, illustrated by Melissa Sweet; and The Proper Way to Meet a Hedgehog and Other How-To Poems, illustrated by Richard Jones. He also wrote Worlds Afire; Requiem: Poems of the Terezï¿½n Ghetto; Top Secret: A Handbook of Codes, Ciphers, and Secret Writing; Double Cross: Deception Techniques in War; The Dark Game: True Spy Stories from Invisible Ink to CIA Moles, a finalist for the YALSA Award for Excellence in Nonfiction for Young Adults; and Secret Soldiers: How the U.S. Twenty-Third Special Troops Fooled the Nazis. Chris Raschka is the illustrator of more than twenty highly praised books for children, including Yo! Yes?, a Caldecott Honor Book; Charlie Parker Played Be Bop; Arlene Sardine; and Ring! Yo? He says, "Concrete poetry is the yoga of words. Like feeling your breath and your bones, you begin to notice what words and sentences actually look like. It's just like the feeling you get after a fifteen-minute handstand. And you don't even have to put on loose-fitting clothes!" Chris Raschka lives in New York City with his wife and son.
If the item details above aren’t accurate or complete, we want to know about it. Report incorrect product info.