A Shot in the Dark - by Lynne Truss (Paperback) 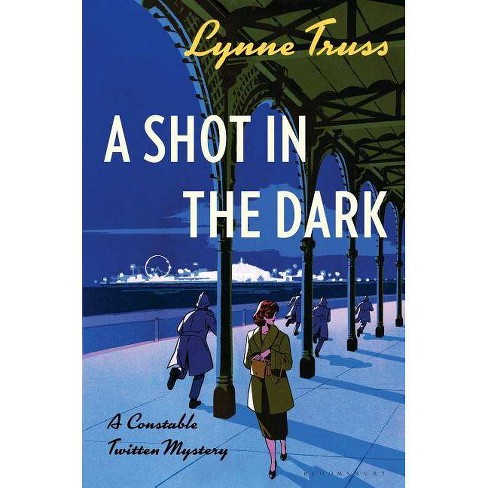 $8.49
MSRP$17.00
0 out of 5 stars with 0 reviews
be the first!be the first! ratings
Shipping
Free standard shipping with RedCard
Help us improve this page

"A Shot in the Dark couples suspense with dark hilarity in the manner of the 1955 British black comedy film 'The Ladykillers, ' thus delivering (just in time) the funniest crime novel of 2018." - Wall Street Journal

"The mystery takes an amusing turn once the clever young Constable Peregrine Twitten starts second-guessing his superiors. 'You are an impetuous, arrogant pipsqueak, ' shouts the detective in charge, who tries to fire him before realizing he could use this pipsqueak's supersize brain to his own advantage. We should be hearing more from this clever young know-it-all." - Marilyn Stasio, New York Times Book Review

"With plenty of brightly coloured bucket-and-spadery, including ghost trains and Punch and Judy and variety acts, this clever, tongue-in-cheek escapade is a perfect summer read." - Guardian

"Truss's affection for a rollicking, twisty caper has transferred to the page with ease . . . there's some fine storytelling on display here." - Observer

"Truss' language, unsurprisingly, sparkles, and her portrayal of class and its exasperating effect on even the British underworld is memorable. Readers of Agatha Christie are a natural audience for this study in peculiarity." - Booklist

"We all know Truss can work miracles--after all, she managed to make a manual on punctuation (Eats, Shoots and Leaves) a bestseller--but I doubt even Constable Twitten could work out how she has produced a whodunit that exudes heartwarming cosiness whilst boasting Game of Throneslevels of violent death, or given her cast of amusing caricatures more life than most of the characters I've encountered in fiction this year." - Daily Telegraph

"Truss piles up ingenious plot twists, preposterous coincidences, snarky asides, and characters out of P.G. Wodehouse, this time replacing her murderous felines with a setup out of the genre's golden age." - Kirkus Reviews

"It takes a writer of Lynne Truss's wit and intelligence . . . to take on both the cosy and comic fields, shaking them up to forge something fresh and beguiling . . . A large cast of strongly drawn characters (including an "angry young man" dramatist) helps to keep things bubbling along, and not only is the whole thing delightfully witty-- more early Evelyn Waugh than Agatha Christie--it also functions very successfully as a novel in the vein of the genre it is satirising: the police procedural . . . As in Brighton Rock, we are given a vivid picture of Brighton in its pre-chic heyday, with the kiss-me-quick hats and candy-floss era providing bags of colour . . . Twitten, in particular, is a delightful creation." - Barry Forshaw, Independent

"Bringing the undoubted comic talents of Lynne Truss to crime fiction should be a marriage made in heaven, and that is exactly what it turns out to be. A Shot in the Dark is sheer, witty delight. Crime fiction used to be associated with high spirits, but they have become estranged over the years. Lynne Truss has put the two elements back in touch, with enchanting results." - Simon Brett, Author of DEATH ON THE DOWNS

"This farcical tale is packed with interwoven plotlines, clues strewn about like confetti and a comically oblivious chief inspector. It reads like a stage comedy . . . Sharp and witty, A Shot in the Dark is a good time." - Top Pick in Cozies, BookPage

"I thought anyone who could make a grammar book amusing and engaging must be able to write a good novel. A Shot in the Dark--a comedic, darkmystery--more than meets my expectations. . . . as much a dance as a mystery. . . . a must-read for anyone who loves mysteries and has an adventurous spirit." - Killer Nashville