A Star in the West - by Elias Boudinot (Paperback) 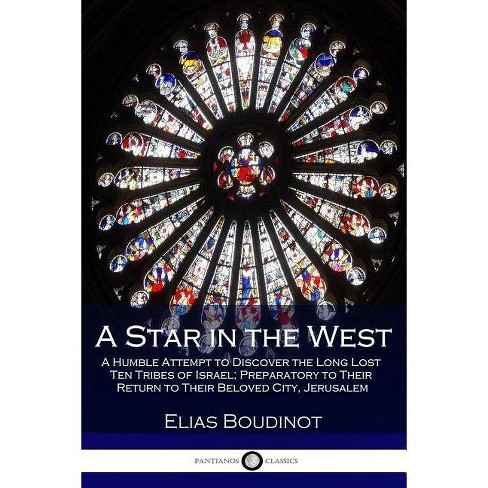 A Star in the West is an investigation by Elias Boudinot into the widely-held belief that the Native Americans were descended from the lost tribes of Israel.

In the 18th and early 19th centuries, a hypothesis that the Native American tribes were part of a lineage tracing back to the Israelite tribes during the time of the Biblical testaments was popular. Intellectuals and church leaders alike were divided on the veracity of these claims, and a number of pamphlets and books were published on both sides of the argument for decades.

Appearing in 1816, A Star in the West is important both as a historical study of the beliefs of the time and as a record of how Native Americans were perceived by the incipient white settlers of the United States. The book sequentially examines the traits, behaviors, customs and beliefs of the tribal societies, drawing parallels between these and the ancient practices of the Israelites.

It is thought that A Star in the West and other books in the same vein led to the establishment of the Mormon Church. The Book of Mormon attests that Native Americans had arrived in North America thousands of years ago during the Great Flood of Biblical lore. Thus, the tribes present in the 19th century were estranged descendants of the Israelite peoples.

For his part, Elias Boudinot was a U.S. Congressman who was passionately in favour of rights for Native American and black inhabitants of North America. His prominent position made his views and publications influential, and he was also noted for his devout Presbyterianism. On meeting a young, bright Cherokee native he was impressed by he allowed the man to adopt his name - the Cherokee Elias Boudinot later became a prominent figure in Native American society during the early 19th century.