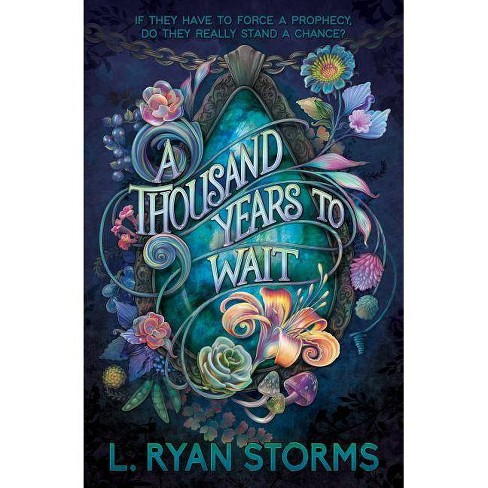 Prophecies are meant to unfold on their own-they can't be forced into fruition. Or can they? When a war-torn kingdom is on the cusp of falling to a usurping general, a young healer who doesn't believe in magic is called upon to help a prophecy transpire. She must embrace the magic...or lose everything.

At eighteen, Moreina di Bianco is a young healer who believes in medicine, not magic, even while possessing a second sight she can't fully explain. So when the Faranzine Talisman chooses Reina to reawaken an ancient magic and end a war, she must reconcile her beliefs, unlock the talisman's secrets, and harness the magic within.

Reluctant to accept help, Reina agrees to allow two determined escorts to accompany her on her journey for truth, but each comes with a mysterious past of his own. Her estranged childhood friend, Quinn D'Arturio, left their village years ago and only recently returned, harboring dark secrets behind a solemn exterior. And despite his status as a perfect stranger, a dashing captain by the name of Niles Ingram is quick to fight by Reina's side at whatever the cost. That someone she's only just met would give his life for hers is a sobering realization of the ever-present danger Reina has jumped into.

There's just one problem with Reina's two companions. They, too, are featured in the talisman's prophecy--as potential suitors. But what woman wants a suitor, let alone two, when she's tasked with defeating a usurping general, ending a war, finding the true king, and rightfully seating him on the throne?

"Adventure! Danger! Magic! A budding romance! All wrapped up in an epic quest! L. Ryan Storms has created a vividly-described world of legend. Into that world, she's placed a strong-willed, intelligent, young woman of principle and a cast of memorable characters. Billed as a YA fantasy, A Thousand Years to Wait begins a tale sure to enthrall YA and adult readers alike." --SORCHIA DUBOIS, AUTHOR OF THE ZORAIDA GREY TRILOGY

"Witty dialogue, captivating world-building, and a twisting journey kept me turning the pages." --JEAN GRANT, AUTHOR OF A HUNDRED KISSES

Wait, It Gets Worse - by Lydia Slaby (Paperback)