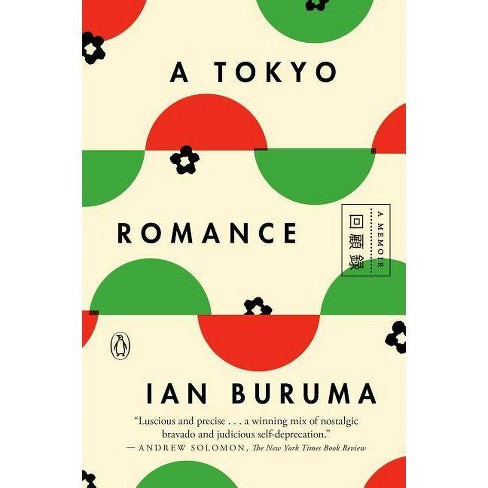 $13.39
MSRP$17.00
no reviews yet
be the first!be the first! ratings
Shipping
Free standard shipping with RedCard
Loading, please wait...
Help us improve this page

"A triumphal narrative . . . a winning mix of nostalgic bravado and judicious self-deprecation....luscious and precise . . . In a time when the country's public image abroad consisted largely of manufacturing and geisha girls he located an avant-garde culture and entered it fully, unafraid of drunken excess then and unafraid of recalling it now. " -- Andrew Solomon, New York Times Book Review "Buruma is a keen observer and the owner of a well-provisioned mind. There are smart little junkets in this book into everything from Japanese movies (Buruma became a film critic for The Japan Times) to the country's tattooing culture to its female elevator operators, about whom he made a documentary film. His prose is unflaggingly good." -- New York Times "[A]n unusually lucid writer. . . . Buruma paints a vivid portrait of his often mind-boggling encounters with the motley collection of artists, expats and eccentrics he befriended over his six years in Tokyo. And his honesty is disarming." -- AP "Oh my eyes. . . . the whole thing sparks astonishingly to life. We'll come back to the details, lurid or otherwise, but for now all you need to know is that Buruma's high-level immersion in the country's culture begins with him tottering around on takageta, a high-heeled version of the traditional Japanese wooden sandals, and ends with him playing a character called the Midnight Cowboy in a play by the underground director and actor Kara Juro. In between, there are visits to porn cinemas, a string of lovers of both sexes, an appearance in a Suntory whisky ad alongside the great Akira Kurosawa, and a non-star turn in a butoh show in which he appears on stage wearing only a scarlet jockstrap." -- The Guardian "Delicious... a wild ride through the late-20th-century Japanese avant-garde scene through the eyes of an innocent from across the sea." -- Kirkus, starred review

"New York Review of Books editor Buruma reflects on his immersion in the artistic underworlds of late 1970s Tokyo in this lucid, engrossing memoir...Buruma makes the archetypal quest for home in a foreign land both uniquely personal and deeply illuminating." -- Publisher's Weekly, starred review

"With the insight and curiosity of someone on the outside looking in, Buruma describes a transformational moment in the making of modern Japanese culture." -- Booklist
If the item details above aren’t accurate or complete, we want to know about it. Report incorrect product info.