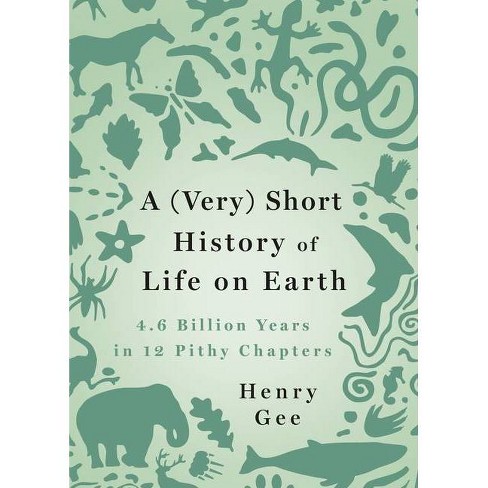 In the tradition of Richard Dawkins, Bill Bryson, and Simon Winchester--An entertaining and uniquely informed narration of Life's life story.

In the beginning, Earth was an inhospitably alien place--in constant chemical flux, covered with churning seas, crafting its landscape through incessant volcanic eruptions. Amid all this tumult and disaster, life began. The earliest living things were no more than membranes stretched across microscopic gaps in rocks, where boiling hot jets of mineral-rich water gushed out from cracks in the ocean floor.

Although these membranes were leaky, the environment within them became different from the raging maelstrom beyond. These havens of order slowly refined the generation of energy, using it to form membrane-bound bubbles that were mostly-faithful copies of their parents--a foamy lather of soap-bubble cells standing as tiny clenched fists, defiant against the lifeless world. Life on this planet has continued in much the same way for millennia, adapting to literally every conceivable setback that living organisms could encounter and thriving, from these humblest beginnings to the thrilling and unlikely story of ourselves. In A (Very) Short History of Life on Earth, Henry Gee zips through the last 4.6 billion years with infectious enthusiasm and intellectual rigor. Drawing on the very latest scientific understanding and writing in a clear, accessible style, he tells an enlightening tale of survival and persistence that illuminates the delicate balance within which life has always existed.

With authority, humor, and detail, Gee, a paleontologist and senior editor of Nature, traces the progression of life on earth from its initial stirrings...readers will find this eye-opening book compelling for years to come.
--Booklist (starred)

A lively, lyrical history.
--Nature Gee finds beauty in adversity in this eloquent account of how life evolved on Earth....Action-packed and full of facts, this well-told tale will delight lay readers.
--Publishers Weekly

Readers should be chastened at his conclusion, shared by most scientists, that Homo sapiens is making its habitat--the Earth--progressively less habitable and will become extinct in a few thousand years. Gee writes lucid, accessible prose.
--Kirkus A dazzling, beguiling story told at an exhilarating pace...[a] hugely enjoyable page turner.
--Literary Review

[Gee] plunges us back in time but also casts us back to a juvenile state of wonder. If you're prone to fleeting moments in the midst of daily tasks in which you stop to question how all this precious life came to be, the answers can be found conveniently packed within these pages.
--Geographical Henry Gee's whistle-stop account of the story of life (and death -- lots of death) on Earth is both fun and informative. Even better, it goes beyond the natural human inclination to see ourselves as special and puts us in our proper place in the cosmic scheme of things.
--John Gribbin, author of The Scientists and In Search of Schrodinger's Cat

This is now the best book available about the huge changes in our planet and its living creatures, over the billions of years of the Earth's existence. Continents have merged and broken up; massive volcanic eruptions have repeatedly reset the clock of evolution; temperatures, atmospheric gases, and sea levels have undergone big swings; and new ways of life have evolved. Henry Gee makes this kaleidoscopically changing canvas of life understandable and exciting. Who will enjoy reading this book? Everybody!
--Jared Diamond, Pulitzer Prize winning author of Guns, Germs, and Steel and Upheaval

A scintillating, fast-paced waltz through four billion years of evolution, from one of our leading science writers. As a senior editor at Nature, Henry Gee has had a front-row seat to the most important fossil discoveries of the last quarter century. His poetic prose animates the history of life, from the first bacteria to trilobites to dinosaurs to us.
--Steve Brusatte, paleontologist, University of Edinburgh and New York Times bestselling author of The Rise and Fall of the Dinosaurs

HENRY GEE is a senior editor at Nature and the author of several books, including Jacob's Ladder, In Search of Deep Time, The Science of Middle-earth, and The Accidental Species. He has appeared on BBC television and radio and NPR's All Things Considered, and has written for The Guardian, The Times, and BBC Science Focus. He lives in Cromer, Norfolk, England, with his family and numerous pets.
If the item details above aren’t accurate or complete, we want to know about it. Report incorrect product info.