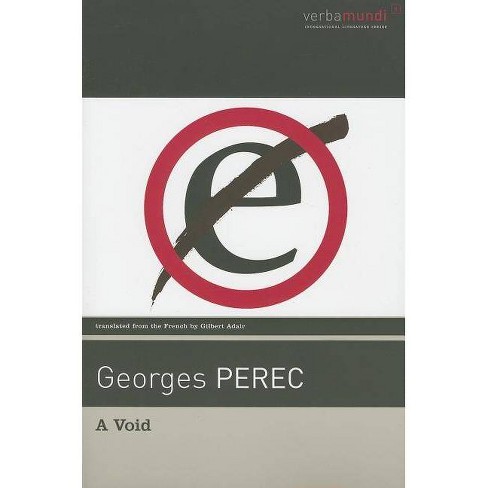 A Void is a great linguistic adventure and a metaphysical whodunit, chock-full of plots and subplots, of trails in pursuit of trails, all of displays Georges Perec's virtuosity as a verbal magician. It is also an outrageous verbal stunt: a 300-page novel that never once employs the letter E.
The year is 1968, and as France is torn apart by social and political anarchy, the noted eccentric and insomniac Anton Vowl goes missing. Ransacking his Paris flat, his best friends scour his diary for clues to his whereabouts. At first glance these pages reveal nothing but Vowl's penchant for word games, especially for "lipograms," compositions in which the use of a particular letter is suppressed. But as the friends work out Vowl's verbal puzzles, and as they investigate various leads discovered among the entries, they too disappear, one by one by one, and under the most mysterious circumstances . . .
A book that only Georges Perec could have conceived, Time magazine called A Void, "...an absurdist nirvana of humor, pathos, and loss."
If the item details above aren’t accurate or complete, we want to know about it. Report incorrect product info.