A World Without Islam - by Graham E Fuller (Paperback) 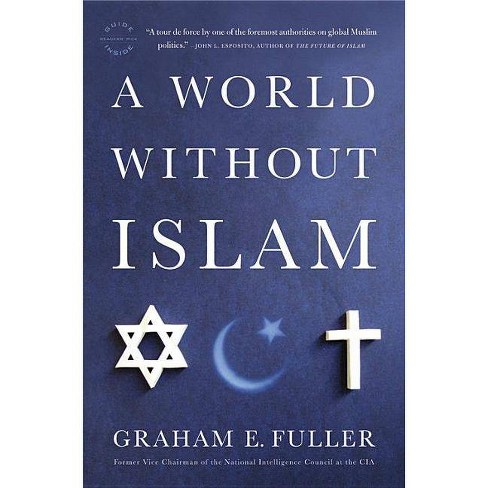 What if Islam never existed? To some, it's a comforting thought: no clash of civilizations, no holy wars, no terrorists. Here, political scientist and expert on the Muslim world Graham E. Fuller guides us through history, geopolitics, and religion to investigate whether or not Islam is indeed the cause of some of today's most emotional and important international crises, taking us from the birth of Islam to the fall of Rome to the rise and collapse of the Ottoman Empire and to the present day.

This extremely provocative and illuminating "what if" journey through history, geopolitics, and religion investigates whether there is something unique in Islam and its followers that breeds violence and conflict. Spanning the rise of Muhammad to the collapse of the Ottoman Empire to the present day, the book examines and analyzes the roots of terrorism, the conflicts in Israel and Chechnya, and the role of Islam in supporting and energizing the anti-imperial struggle.

Fuller's startling conclusion? Contrary to the claims of many of today's most respected politicians, thinkers, theologians, and soldiers, East-West relations in a world without Islam might not look vastly different from what we see today. And, thankfully, such recognition provides a map to a more peaceful future, making A WORLD WITHOUT ISLAM both a brilliant examination of the past and a visionary look forward.

"Another must-read by one of the most thought-provoking writers on Islam and the Middle East."--Reza Aslan, author of No god but God and Beyond Fundamentalism

"Fuller dares to suggest that overcoming the twenty-first-century anti-Western animosities of Middle Eastern Muslims requires an honest and historically informed assessment of economic and political inequities that moves us beyond a fixation on religious issues. This exceptional inquiry finally sustains a quite specific-and controversial-set of recommendations for reframing American foreign policy."--Booklist

Graham E. Fuller is a former vice chairman of the National Intelligence Council at the CIA, in charge of long-range strategic forecasting. He is an adjunct professor of history at Simon Fraser University and the author of numerous books about the Middle East.
If the item details above aren’t accurate or complete, we want to know about it. Report incorrect product info.