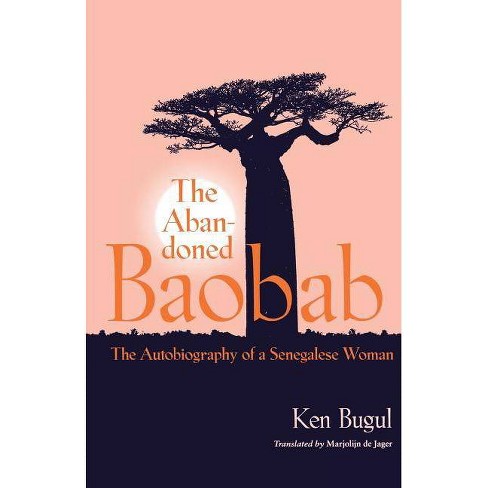 $19.59
no reviews yet
be the first!be the first! ratings
Shipping
Free standard shipping with RedCard
Loading, please wait...
Help us improve this page

The subject of intense admiration--and not a little shock, when it was first published--The Abandoned Baobab has consistently captivated readers ever since. The book has been translated into numerous languages and was chosen by QBR Black Book Review as one of Africa's 100 best books of the twentieth century. No African woman had ever been so frank, in an autobiography, or written so poignantly, about the intimate details of her life--a distinction that, more than two decades later, still holds true.

Abandoned by her mother and sent to live with relatives in Dakar, the author tells of being educated in the French colonial school system, where she comes gradually to feel alienated from her family and Muslim upbringing, growing enamored with the West. Academic success gives her the opportunity to study in Belgium, which she looks upon as a "promised land." There she is objectified as an exotic creature, however, and she descends into promiscuity, alcohol and drug abuse, and, eventually, prostitution. (It was out of concern on her editor's part about her candor that the author used the pseudonym Ken Bugul, the Wolof phrase for "the person no one wants.") Her return to Senegal, which concludes the book, presents her with a past she cannot reenter, a painful but necessary realization as she begins to create a new life there.

As Norman Rush wrote in the New York Times Book Review, "One comes away from The Abandoned Baobab reluctant to take leave of a brave, sympathetic, and resilient woman." Despite its unflinching look at our darkest impulses, and at the stark facts of being a colonized African, the book is ultimately inspirational, for it exposes us to a remarkable sensibility and a hard-won understanding of one's place in the world.