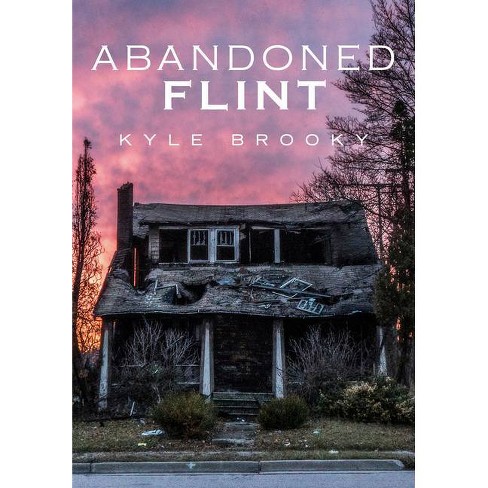 $23.99
new at target¬
no reviews yet
be the first!be the first! ratings
Shipping
Free standard shipping with RedCard
Loading, please wait...
Help us improve this page

From its start until the 1980s, few cities rivaled the industrialization and growth of Flint, Michigan, but times would change. With the closure of the General Motors plants, the city, which depended so heavily on one company, was in trouble. As the population shrank, crime rose. Pockets of abandonment began to spread across the entire city. A 2016 study found that Flint had the highest number of vacant homes in the entire nation. The government was $30 million in debt. Unemployment rates were at nearly 15%. And then the water crises occurred. This is where Abandoned Flint picks up the story. What became of these forgotten buildings? Join us as we step foot inside these haunting and beautiful locations including factories, schools, funeral homes, amusement parks, police academies, houses, and much more. Abandoned Flint not only takes you inside these lost places, but tells the history of them and how they came to be abandoned.
If the item details above aren’t accurate or complete, we want to know about it. Report incorrect product info.