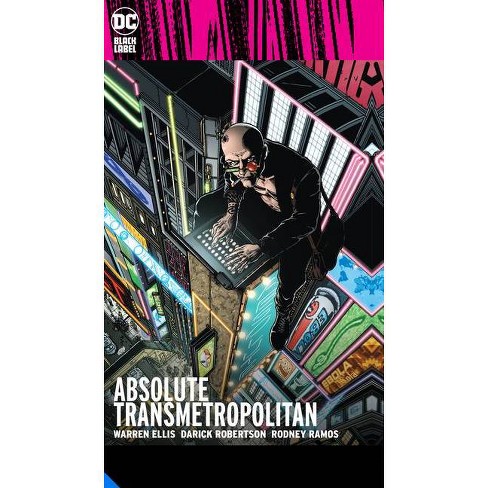 Warren Ellis is a comics and graphics novel writer best known for the graphic novel series TRANSMETROPOLITAN, PLANETARY and THE AUTHORITY. With over thirty-five graphic novels in print, Ellis has received numerous acclaims including Winner of the International Horror Guild award for graphic narrative and being named one of Entertainment Weekly's 100 Most Creative People. Rolling Stone described his work as, "more influenced by Jesus and Mary Chain than by the JUSTICE LEAGUE, while his characters fight for left-wing agendas over God and country, and kick puppies in the street." Darick Robertson is a veteran comic artist that has worked at DC Comics and Marvel for nearly twenty years. He broke into the mainstream drawing JUSTICE LEAGUE for DC and went on to work for Marvel where he penciled titles including Wolverine, Spider-Man, and most notably the New Warriors. Robertson is best known as the artist / co-creator of the Eisner Award-winning series TRANSMETROPOLITAN with writer Warren Ellis, which was hailed by Wired magazine as "The Graphic Novel of the Decade." He was also the artist on an edgy new monthly series entitled THE BOYS for Wildstorm with writer Garth Ennis.
If the item details above aren’t accurate or complete, we want to know about it. Report incorrect product info.