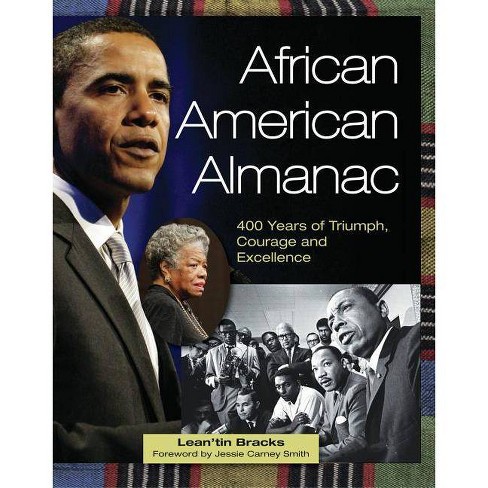 $21.97
undefined out of 5 stars with 0 reviews
be the first!be the first! ratings
Help us improve this page

A -resource devoted to illustrating and demystifying the moving, difficult, and often lost history of black life in America. A legacy of pride, struggle, and triumph spanning more than 400 years is presented through a ... mix of biographies--including 500 influential figures--, little-known or misunderstood historical facts, ... essays on significant legislation and movements, and 150 rare photographs and illustrations. Covering events surrounding the civil rights movement; African American literature, art, and music; religion within the black community; and advances in science and medicine, this reference connects history to the issues currently facing the African American community---

"*Starred Review* This is an affordable, concise, and overall first-rate resource for high-school, public, and academic libraries. Editors' Choice: Reference Sources, 2012"-- Booklist "Through historical overviews and hundreds of biographies, Bracks thoughtfully illuminates "a legacy of pride, struggle, and triumph" that is part of the black experience in the US."-- Choice "excellent overview of African American contributions to the United States"-- Library Journal "This excellent reference work on the contributions of African-Americans to the history and culture of the United States provides accessible reference and biographical information on a wide range of important events and people."-- Book News "Bracks impressive work is clearly for the educated lay-person, curious researcher, or studious scholar. Bracks has done well in presenting a fair account of the topics, making this an obvious addition to high school and college libraries everywhere"-- Children's Literature "This almanac highlights the considerable contributions African Americans have made to the fabric of U.S. society and culture. Perhaps most inspiring about this collection is that it also features the lives of lesser known leaders, artists, and political figures who may have been forgotten if it were not for their inclusion."-- The Children's Book Review "A one of a kind fantastic book of reference.... It renders a profound look at history by way of the African American experience."-- Birmingham Times "Celebrating centuries of achievements, the African American Almanac provides insights on the influence, inspiration, and impact of African Americans on U.S. society and culture."-- Denver Urban Spectrum