After the Fire - by Will Hill 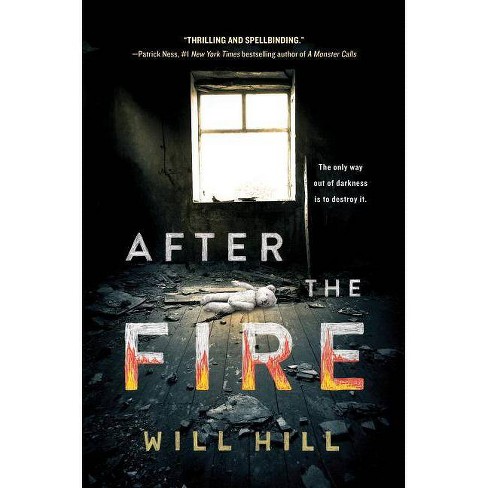 A teenager's world comes to an end in a devastating confrontation between the cult she grew up in and the forces of the U.S. government inspired by the Waco siege of 1993. "Genuinely differentEthrilling and spellbinding!"--Patrick Ness, #1 "New York Times"-bestselling author.

A gripping and unforgettable story of survival after life in a cult, inspired by the survivors of the Branch Davidian siege in Waco, Texas, 1993

The things I've seen are burned into me, like scars that refuse to fade.

Before, she lived inside a fence with her family. After, she's trapped, now in a federal facility.

Before, she thought she was being protected from something. After, people are telling her that now she's finally safe.

She isn't sure what's better, before or after, all she knows is that there are questions she can't answer, and if everything she's been told is a lie, how can she know who's telling the truth now?

Suspenseful and moving, After the Fire is perfect for readers looking for

Praise for After the Fire:

The gripping story of survival and escape...It will keep you up late until you get to the very end.--Maureen Johnson, New York Times bestselling author of Truly Devious

A heartrending portrait of a young girl's struggle to survive a domineering religious sect and the resilience of the human spirit; this belongs on every YA shelf. --School Library Journal

A heartrending portrait of a young girl's struggle to survive a domineering religious sect and the resilience of the human spirit; this belongs on every YA shelf. - School Library Journal An astonishing saga of suffering and joy, guilt, evil, redemption and truth.
- Kirkus Reviews This offers a fascinating look at emotional manipulation, calculated lies, and physical intimidation and punishment...Hill treats his story, based on the true events of the Branch Davidian religious sect near Waco, Texas, with respect and dignity - Booklist
If the item details above aren’t accurate or complete, we want to know about it. Report incorrect product info.