After the Woods - by Kim Savage (Paperback) 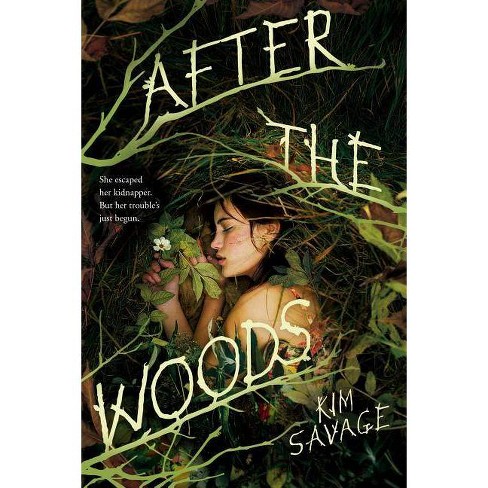 $10.99
no reviews yet
be the first!be the first! ratings
Shipping
Free standard shipping with RedCard
Help us improve this page

She escaped her kidnapper. But her trouble's just begun. After the Woods by Kim Savage is a chilling mystery about betrayal, survival, and the complex bonds of friendship, full of surprises at every turn.

Julia knows she beat the odds. She escaped the kidnapper who hunted her in the woods for two terrifying nights that she can't fully remember. Now it's one year later, and a dead girl turns up in those same woods. The terrible memories resurface, leaving Julia in a stupor at awkward moments-in front of gorgeous Kellan MacDougall, for example.

At least Julia's not alone. Her best friend, Liv, was in the woods, too. When Julia got caught, Liv ran away. Is Liv's guilt over leaving Julia the reason she's starving herself? Is hooking up with Shane Cuthbert, an addict with an explosive temper, Liv's way of punishing herself for not having Julia's back? As the devastating truth about Liv becomes clear, Julia realizes the one person she thinks she knows best-Liv-is the person she knows least of all. And that after the woods was just the beginning.

Praise for After the Woods

"A remarkable, engrossing debut about what it means to be a survivor and the many ways to take control of your own destiny." --Booklist, starred review

"An entertaining mystery . . . that will appeal to fans of Law & Order-type plots." --School Library Journal