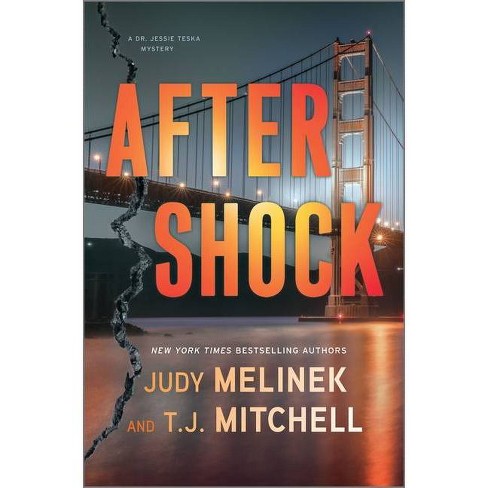 When an earthquake strikes San Francisco, forensics expert Jessie Teska faces her biggest threat yet in this explosive new mystery from the New York Times -bestselling authors of Working Stiff.

When an earthquake strikes San Francisco, forensics expert Jessie Teska faces her biggest threat yet in this explosive new mystery from the New York Times bestselling duo There's a body crushed under a load of pipes on a San Francisco construction site, and medical examiner Dr. Jessie Teska is on call. So it's her job to figure out who it is--and her headache when the autopsy reveals that the death is a homicide staged as an accident. Jessie is hot on the murderer's trail, then an earthquake sends her and her whole city reeling. When the dust clears, her case has fallen apart and an innocent man is being framed. Jessie knows she's the only one who can prove it, and she races to piece together the truth--before it gets buried and brings her down in the rubble. With Melinek and Mitchell's trademark blend of propulsive prose, deft plotting and mordant humor, this rollicking new installment in the Jessie Teska Mystery series will shake you up and leave you rattled.

"Scalpel sharp. First Cut allows a peek into the autopsy room through the eyes of a pro."--Kathy Reichs "Who better to deliver a genuinely compelling mystery than real-life medical examiners? Fans of CSI and Forensic Files will devour this well plotted story."--Karin Slaughter "All the charm, gruesome detail and surprising empathy that made Working Stiff such a delight brought back in a novel. An impressive opener to a series that deserves to run and run."--Alex Marwood, author of The Wicked Girls and The Killer Next Door "A strong series launch...While Jessie's gutsy personality will endear her to readers, it's the meticulous detail that distinguishes this novel...Fans of Patricia Cornwell's Kay Scarpetta will be pleased."--Publishers Weekly "The married authors...expertly employ their know-how, maintaining blood-and-guts vérité while empathetically exploring what it's like to do a job with actual life-and-death stakes. First Cut is a fascinating, entertaining series kickoff, with a particularly kickass heroine."--BookPage "If you love a fast-paced story with a true crime feel to it, waste no time hunting down the debut novel First Cut....The husband and wife writing team merges the insider expertise of a career medical examiner who has dealt with every detail of deaths from city morgues (Melinek) and a writer who understands how to work nuanced characters with distinctive personalities into a well-paced narrative with surprising twists and turns (Mitchell)."--Jersey's Best