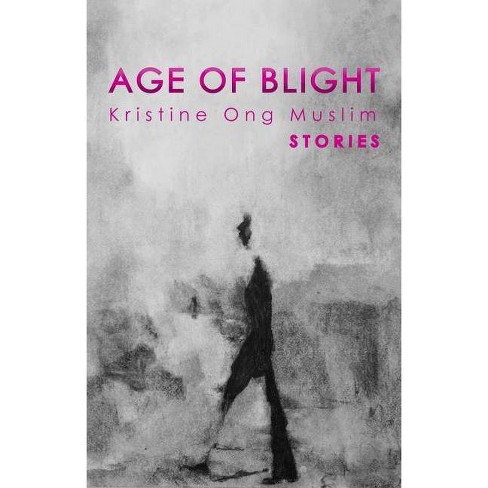 $12.69
MSRP$14.00
0 out of 5 stars with 0 reviews
be the first!be the first! ratings
Shipping
Free standard shipping with RedCard
Help us improve this page

Kristine Ong Muslim (b. September 1980, Philippines) is the author of several books, including the forthcoming short story collection Age of Blight and poetry collection Lifeboat, as well as We Bury the Landscape and Grim Series. A new edition of A Roomful of Machines, her first book originally published in 2010 by UK-based Searle Publishing, appears from ELJ Publications this year. Her third book, Grim Series, was included in the preliminary ballot of the Horror Writers Association's 2012 Bram Stoker Award for poetry and was twice nominated for the Science Fiction Poetry Association's Elgin Award. Her poems and short stories were published and anthologized in the likes of Adbusters, Asia Literary Review, Bellevue Literary Review, Boston Review, Confrontation Magazine, Contrary Magazine, Ellipsis, Existere, Gargoyle Magazine, Harpur Palate, Hobart, Narrative Magazine, New Welsh Review, Sou'wester, Southword, The Pedestal Magazine, The Puritan, The State, Verse Daily, and numerous pulp magazines, as well as Dadaoism (An Anthology) (Chï¿½mu Press, 2012), Bigger Than They Appear: Anthology of Very Short Poems (Accents Publishing, 2011), The Best of Abyss and Apex Volume One (Hadley Rille Books, 2008), and several volumes of the annual Rhysling Award anthologies. Kristine Ong Muslim is the poetry editor of LONTAR: The Journal of Southeast Asian Speculative Fiction. She grew up and continues to live in a small farming town in the southern Philippines. Alessandra Hogan has a B.F.A. in printmaking at the Rhode Island School of Design. She was born in New Haven, CT, and aspires to be a professional fine artist.
If the item details above aren’t accurate or complete, we want to know about it. Report incorrect product info.