Agent Running in the Field - by John Le Carrï¿½ (Hardcover) 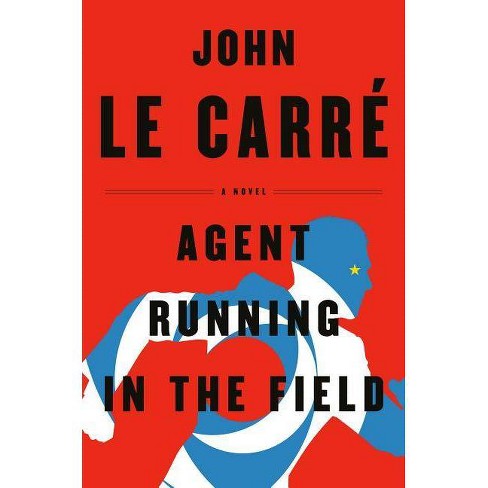 "Superb writing, precise portraiture, clever tricks of tradecraft--all Mr. le Carrï¿½'s hallmarks are present in this swift, surprising, bittersweet story."
--The Wall Street Journal "So topical it arrives with the beeping urgency of a news alert."
--The Washington Post "A word about le Carrï¿½'s prose: Not only does it hold the coiled energy of a much younger writer, it fits the bitter, angry narrator's voice exceptionally well."
--NPR.org "Le Carrï¿½ is one of the best novelists--of any kind--we have."
--Vanity Fair "Le Carrï¿½ remains a master at showing us what spies do, wily spiders to the unsuspecting flies they entrap."
--Booklist (starred) "Deeply pleasurable."
--Vogue "A tragicomic salute to both the recuperative powers of its has-been hero and the remarkable career of its nonpareil author."
--Kirkus "John le Carrï¿½ is the great master of the spy story. . . . The constant flow of emotion lifts him not only above all modern suspense novelists, but above most novelists now practicing."
--Financial Times "One of our great writers of moral ambiguity, a tireless explorer of that darkly contradictory no-man's land."
--Los Angeles Times

"No other writer has charted--pitilessly for politicians but thrillingly for readers--the public and secret histories of his times."
--The Guardian (UK)
If the item details above aren’t accurate or complete, we want to know about it. Report incorrect product info.