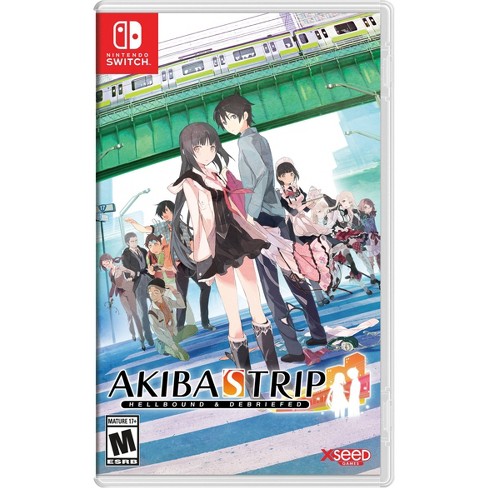 You came to Akihabara for the same reason anyone does: to celebrate your love of anime, manga, cosplay, tech, and all the communities around them. Your friend did, too. And then he disappeared.
You found him in a back alley, unconscious and bleeding. His attacker, a sinister figure straight out of a horror manga, came for you next, slamming you to the ground with inhuman strength. And as you lay dying, a mysterious young lady knelt beside you, bit her lip, and offered you her blood...
Now you’re one of them, a Shadow Soul. You have super strength, stamina for days — and a deathly weakness to sunlight. On one side of you, there’s NIRO, a covert agency dedicated to hunting down paranormal threats throughout Japan. On the other, there’s a family of Shadow Souls, including the killer who assaulted you, his rebellious sister, and enough arguing relatives to ruin a holiday.
In the middle of it all is the town you love. Your friends, the self-styled “Akiba Freedom Fighters,” like to role-play as town peacekeepers, but they’re in no way ready for what’s coming next. It’s up to you to master your power, learn all you can, navigate the hidden world of supernatural politics, and ultimately choose a side — before all-out war blows the town apart.

AKIBA’S TRIP: Hellbound & Debriefed is the precursor to AKIBA’S TRIP: Undead & Undressed, the smash hit that introduced a Western audience to the seedy underworld lurking in the shadows of the haven of “otaku” culture in the Akihabara district of Tokyo. Released as AKIBA’S TRIP Plus in Japan, players explore a rich setting based on the famous “Akiba” district circa 2011, hunting vampiric foes and tearing off their clothes to expose them to sunlight. This remaster brings the game up to modern HD graphical standards, all while retaining the charm of the original classic that sparked a cult hit series.

Fight Like a Nerd
Wield an arsenal of replicas, collectibles, and other amusing objects as you humiliate vampires into submission, all while wearing a stylish array of customizable clothes and costumes.

Your Choices Matter
Choose which faction to support in the fight for Akihabara and watch as your decisions affect the course of the story, culminating in one of several different endings.