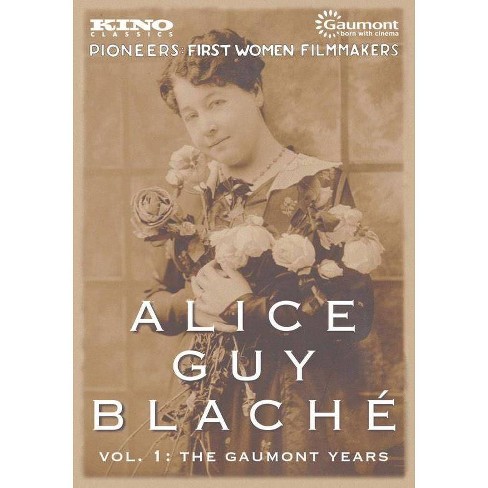 $13.29
undefined out of 5 stars with 0 reviews
be the first!be the first! ratings
Help us improve this page

After years of relative obscurity, Alice Guy BlachÃ© is now being recognized for her role in the development of the cinematic arts. Beginning as a typist for the Gaumont Company, she volunteered to produce a series of novelty films. So successful were her filmsâ€”and so efficient her methodsâ€”she eventually became the studioâ€™s head of production. During cinemaâ€™s first decade, the multi-talented Guy BlachÃ© experimented with color and synchronized sound (decades before these technologies would be perfected) and cultivated such diverse genres as slapstick comedy, social realism, historical epic, and fantasy. Though rooted in the theatrical style of the Belle Ã‰poque, there is a decidedly modern sensibility to her films, as she playfully discovers comic and dramatic potential in the social mores of gender and class. This collection includes films made directly by Guy BlachÃ© at Gaumont, as well a sampling of films produced by others, under her executive supervision (for example,Â The Birth, the Life, and Death of Christ, 1906).