All About the Trolls - by Kristen L. Depken (Paperback) 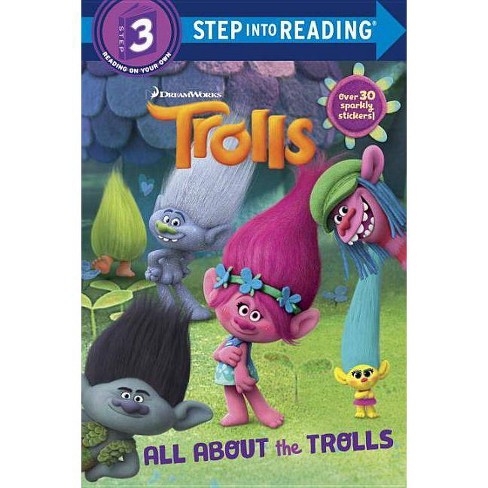 Meet the Trolls who live in Troll Village, including Poppy, Branch, and Creek.

TROLLS hits theaters everywhere on November 4, 2016! DreamWorks Animation's TROLLS is an irreverent comedy extravaganza with incredible music! From the genius creators of SHREK, TROLLS stars Poppy, the optimistic leader of the Trolls, and her polar opposite, Branch.
Together, this unlikely pair of Trolls must embark on an adventure that takes them far beyond the only world they've ever known. This Step 3 Step into Reading leveled reader has sparkly glitter on the cover and over 30 stickers featuring Poppy, Branch, and the other Trolls--it's perfect for boys and girls ages 4 to 6!

Kristen L. Depken has been writing and editing children's books for more than 10 years. She is the author of scores of titles, including Barbie and the Diamond Castle, All About the Trolls, and We Love to Dance!. She lives in the New York City area with her rescue dog, Ellie. Established in July 2013 in a merger between Penguin and Random House, Penguin Random House, with nearly 250 independent imprints and brands on five continents, more than 15,000 new titles published each year, and close to 800 million print, audio, and eBooks sold annually, is the world's leading trade book publisher. Like its predecessor companies, Penguin Random House is committed to publishing adult and children's fiction and nonfiction print editions and is a pioneer in digital publishing. Its publishing lists include more than 60 Nobel Prize laureates and hundreds of the world's most widely read authors.
If the item details above aren’t accurate or complete, we want to know about it. Report incorrect product info.