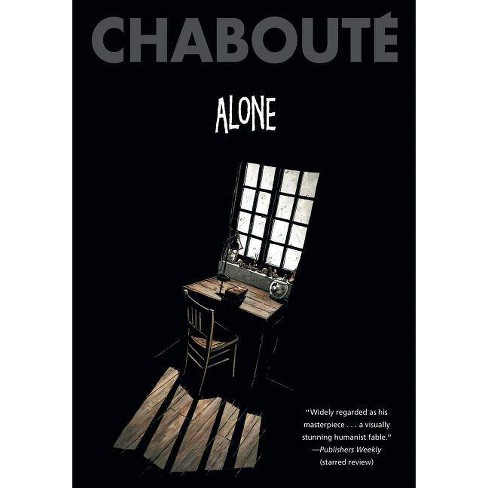 $15.29
MSRP$25.00
no reviews yet
be the first!be the first! ratings
Shipping
Free standard shipping with RedCard
Help us improve this page

Available in English for the first time--the internationally bestselling graphic novel and an Official Selection at France's prestigious Angoulï¿½me Internaional Comics Festival by master illustrator-storyteller Chaboutï¿½ (Park Bench, Moby-Dick). On a tiny lighthouse island far from the rest of the world, a lonely hermit lives out his existence. Every week a supply boat leaves provisions, its occupants never meeting him, never asking the obvious questions: Who are you? Why do you hide? Why do you never leave? What is it like to be so alone? Years spent on a deserted rock--a lifetime, really--with imagination his sole companion has made the lighthouse keeper something more than alone, something else entirely. For him, what lies beyond the horizon might be...nothing. And so, why not stay put? But one day, as a new boatman starts asking the questions all others have avoided, a chain of events unfolds that will irrevocably upend the hermit's solitary life.... Filled with stunning and richly executed black-and-white illustrations, Alone is Chaboutï¿½'s masterpiece--an unforgettable tale where tenderness, despair, and humor intertwine to flawlessly portray how someone can be an everyman, and every man is someone. Translated from the French by Ivanka Hahnenberger.
If the item details above aren’t accurate or complete, we want to know about it. Report incorrect product info.