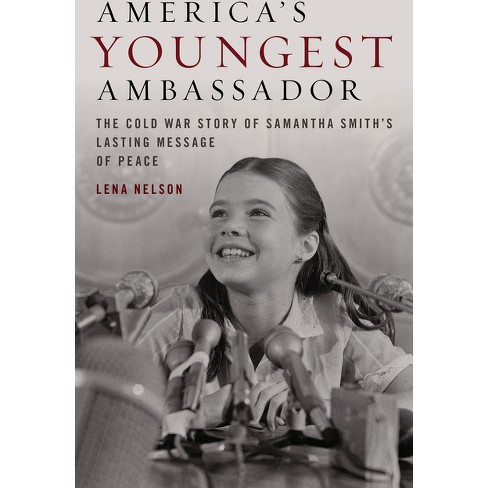 In 1982, amid the nuclear paranoia that engulfed the US and the Soviet Union, Samantha Smith's historic letter to the Kremlin helped transform the hearts and minds of two nations on a collision course.

In 1982, amid the nuclear paranoia that engulfed the US and the Soviet Union, Samantha Smith, a fifth grader from Manchester, Maine, wrote a letter to the Kremlin asking the Soviet leader if he was going to start a war. When Pravda, the biggest Soviet newspaper, published her letter--and Samantha received an unprecedented invitation to visit the Soviet Union --her family embarked on a historic journey that helped transform the hearts and minds of two nations on a collision course. Today, a nuclear war seems like a possibility once again. The story of a young American girl's letter to the Soviet leader and her innocent curiosity about the other side of the Iron Curtain holds an important lesson for every American: to never stop questioning the status quo, and to recognize that the responsibility for the preservation of peace is not only the purveyance of the government. America's Youngest Ambassador provides insights into a forgotten era and has an important message for young people who strive to be more involved in facilitating change, both locally and worldwide. Juxtaposing Samantha's narrative with that of her own childhood in the Soviet Union in the 1980s, Lena Nelson explores the consequences of government propaganda on both sides of the ocean and reveals how Samantha Smith's journey in the summer of 1983 helped melt the hearts of the Soviets and thaw the ice of the Cold War. Drawing on interviews conducted in both the US and Russia with key players in the events of those days, among them Samantha's mother Jane, Nelson blends storytelling, anecdotes, and analysis of Soviet-American relations to tell the story of this unprecedented moment in history.

Lena Nelson is a writer, teacher and citizen historian who has spent the past seventeen years researching and documenting the story of Samantha Smith and creating www.SamanthaSmith.info, the online archive of news articles and videos about Samantha Smith. She was a nominee for the Allegra Johnson Prize and has worked with numerous news, educational, and humanitarian organizations around the world. She has degrees in international studies and linguistics; and lives with her family in Southern California.
If the item details above aren’t accurate or complete, we want to know about it.

Soul of America : The Battle for Our Better Angels - Reprint by Jon Meacham (Paperback)

Of Life and of Leadership - by Brendan Nelson (Hardcover)