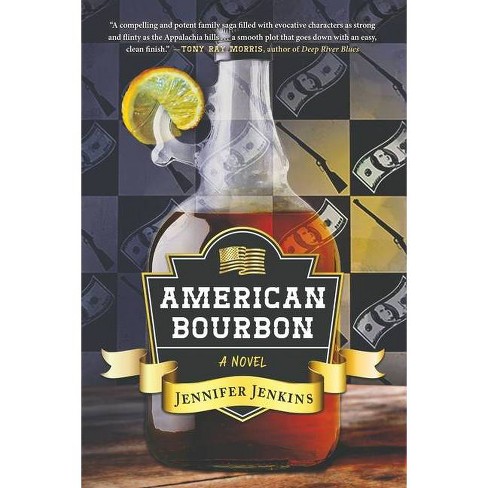 The McKinsey family's world-famous (and legal) distillery, Bourbon Sweet Tea, is threatened when an illegal moonshine still explodes deep in the Blue Ridge Mountains. Government agents swarm the area, eager to implicate Sweet Tea founder Caleb McKinsey, who was a notorious bootlegger before going legit. Finding out he is dying, McKinsey's ready to hand on his legacy. But none of his children are on speaking terms. His daughter Brigit is determined to remake the company against her father's will, while his sons want nothing to do with their abusive father.

When Caleb dangles a lucrative inheritance if all his children return, Brigit and her older brother Mack grudgingly call a truce to find missing brother Kieran. They journey to New York City, where Kieran fled after his girlfriend disappeared. As crimes from Caleb's past promise to destroy Bourbon Sweet Tea, the only way to save their company is for Brigit to convince her brothers to embrace the family legends, and live as outlaws once again.

"Jennifer Jenkins's AMERICAN BOURBON is a compelling and potent family saga filled with evocative characters as strong and flinty as the Appalachia hills from whence they come, set against a smooth plot that goes down with an easy, supple, clean finish." -Tony Ray Morris, author of DEEP RIVER BLUES

"Peopled with a cast of characters and a setting out of an early Cormac McCarthy novel, American Bourbon . . . starts out with a burn, working its way through you, then settling into your bones, where memories of the journey linger." - Jeff Talarigo, Author of THE PEARL DIVER

"A day of reckoning, as thick as the fog in Virginia's Blue Ridge Mountains, looms over the McKinsey clan in this spirited tale of fury, whiskey and grief. And while Jenkins' rendering of Caleb, the abusive and hard-driving patriarch who parlays an illegal moonshining operation into a multi-million dollar company, is harsh, there is grace to be found among his three grown children as they find their way back to one another. Illuminating, nuanced and heartfelt."

- Laurie Loewenstein, Author of DEATH OF A RAINMAKER