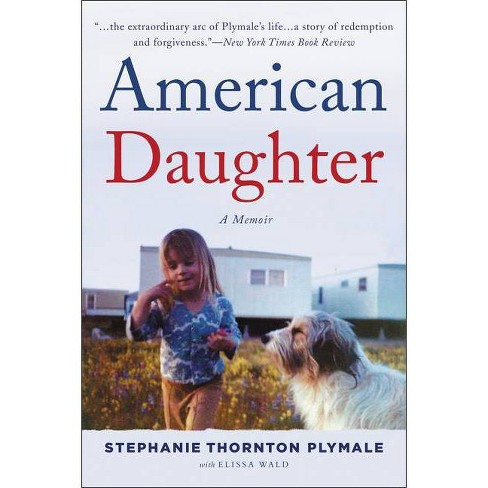 $27.99
new at target¬
0 out of 5 stars with 0 reviews
be the first!be the first! ratings
Help us improve this page

A STORY OF REDEMPTION AND FORGIVENESS--NEW YORK TIMES BOOK REVIEW

For 50 years, Stephanie Plymale kept her past a fiercely guarded secret. No one outside her immediate family would have guessed that her childhood was fraught with every imaginable hardship: a mentally ill mother who was in and out of jails and psych wards throughout Stephanie's formative years, neglect, hunger, poverty, homelessness, truancy, foster homes, a harrowing lack of medical care, and ongoing sexual abuse.

Stephanie, in turn, knew very little about the past of her mother, from whom she remained estranged during most of her adult life. All this changed with a phone call that set a journey of discovery in motion, leading to a series of shocking revelations that forced Stephanie to revise the meaning of almost every aspect of her very compromised childhood.

American Daughter is at once the deeply moving memoir of a troubled mother-daughter relationship and a meditation on trauma, resilience, transcendence, and redemption. Stephanie's story is unique but its messages are universal, offering insight into what it means to survive, to rise above, to heal, and to forgive.