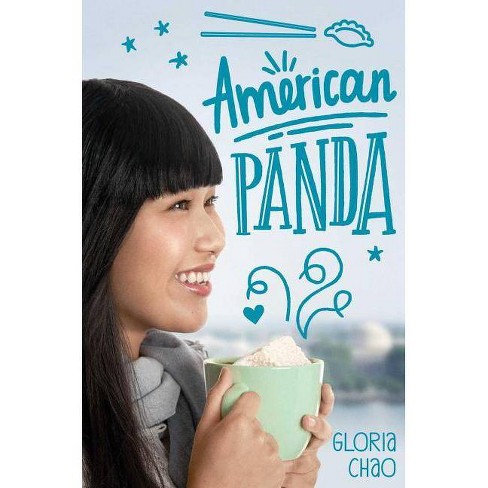 An incisive, laugh-out-loud contemporary debut about a Taiwanese-American teen whose parents want her to be a doctor and marry a Taiwanese Ivy Leaguer despite her germophobia and crush on a Japanese classmate.

"Weepingly funny." --The Wall Street Journal
"Delightful." --Buzzfeed
"Charmed my socks off." --David Arnold, New York Times bestselling author of Kids of Appetite and Mosquitoland Four starred reviews for this incisive, laugh-out-loud contemporary debut about a Taiwanese-American teen whose parents want her to be a doctor and marry a Taiwanese Ivy Leaguer despite her squeamishness with germs and crush on a Japanese classmate. At seventeen, Mei should be in high school, but skipping fourth grade was part of her parents' master plan. Now a freshman at MIT, she is on track to fulfill the rest of this predetermined future: become a doctor, marry a preapproved Taiwanese Ivy Leaguer, produce a litter of babies. With everything her parents have sacrificed to make her cushy life a reality, Mei can't bring herself to tell them the truth--that she (1) hates germs, (2) falls asleep in biology lectures, and (3) has a crush on her classmate Darren Takahashi, who is decidedly not Taiwanese. But when Mei reconnects with her brother, Xing, who is estranged from the family for dating the wrong woman, Mei starts to wonder if all the secrets are truly worth it. Can she find a way to be herself, whoever that is, before her web of lies unravels? From debut author Gloria Chao comes a hilarious, heartfelt tale of how, unlike the panda, life isn't always so black and white.

Seventeen Magazine's Best YA Novels of 2018
Bustle's Best YA Book of 2018
PopSugar's Most Riveting YA Book of 2018
A Chicago Public Library Best YA Book of 2018
A Paste Magazine Best YA Book of 2018
Booklist's Best Debut YA Book of 2018
A Junior Library Guild Selection
YMCA's Summer Reading List for Teens "Weepingly funny." --The Wall Street Journal "Delightful." --Buzzfeed "Vibrant and bright." --Bustle "Beautifully told." --Hypable "A soulful and hilarious debut." --Booklist, starred review "Effervescent." --Publishers Weekly, starred review "Universal." --School Library Journal, starred review "This deserves a place on every shelf, though it will not stay there long." --VOYA, starred review "Eye-opening, hilarious, and sometimes heartbreaking." --Shelf Awareness "An earnest, funny, and emotional story." --Book Riot "American Panda is an absolute delight; an insightful, incisive, and often hilarious story of one girl's struggle to balance her family's expectations against her own secret ambitions. Overflowing with wit and empathy, Chao's debut charmed my socks off." --David Arnold, New York Times bestselling author of Kids of Appetite and Mosquitoland "A charming and hilarious tale of a precocious Taiwanese American walking the tightrope of family expectations...in ice skates. Mei Lu is a goofy, lovable American teenager. I loved her." --Stacey Lee, award-winning author of Outrun the Moon "Incredibly timely, honest, and moving--the must-read book of the season!" --Sandhya Menon, New York Times bestselling author of When Dimple Met Rishi "A dazzling debut that hooked me with its humor and heart from the very first page." --Lisa Maxwell, New York Times bestselling author of The Last Magician "The perfect coming of age story for anyone who's ever felt unsure of where they belong. --Kerri Maniscalco, #1 New York Times bestselling author of Stalking Jack the Ripper
If the item details above aren’t accurate or complete, we want to know about it. Report incorrect product info.