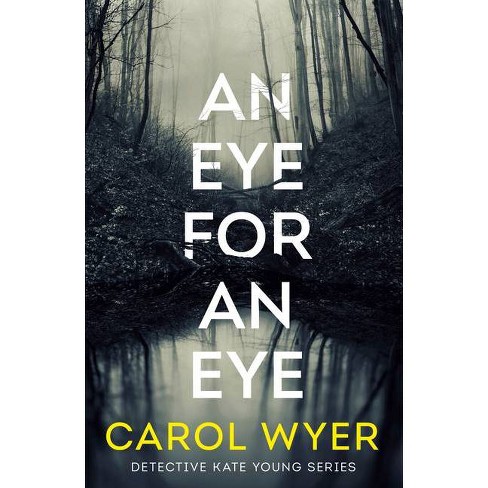 A killer running rings around the police. A detective spiralling out of control.

DI Kate Young is on leave. She's the force's best detective, but her bosses know she's under pressure, on medication and overcoming trauma. So after her bad judgement call leads to a narrowly averted public disaster, they're sure all she needs is a rest.

But when Staffordshire Police summon her back to work on a murder case, it's a harder, more suspicious Kate Young who returns. With a new ruthlessness, she sets about tracking down a clinical, calculating serial killer who is torturing victims and leaving clues to taunt the police. Spurred on by her reporter husband, Young begins to suspect that the murderer might be closer than she ever imagined.

As she works to uncover the truth, Young unravels a network of secrets and lies, with even those closest to her having something to hide. But with her own competence--and her grip on reality--called into question, can she unmask the killer before they strike again?

"This was one thrilling ride full of tension and twists." --Angela Marsons, bestselling author of the DI Kim Stone series

"A grisly killer, a ticking clock, and an investigator whose career is on the line: An Eye for an Eye kept me hooked and wanting more." --Robert Dugoni, New York Times bestselling author of the Tracy Crosswhite series

"WOW! Gritty and tense. DI Kate Young is an exciting new lead character I can't wait to see more of in this compelling series." --K. L. Slater, bestselling author of Little Whispers and The Apartment

"An Eye for an Eye is a fascinating whodunit loaded with secrets and suspense and guided by a lead detective who refuses to be pushed around." --T.R. Ragan, New York Times and Amazon Charts bestselling author of the Sawyer Brooks series

"An Eye for an Eye is a refreshing, gripping read that will keep you guessing until its shattering conclusion." --Lisa Regan, bestselling author of the Josie Quinn series

"An Eye for an Eye is a taut and emotional thriller that delivers on the promises set in the first, gripping scene." --Danielle Girard, USA Today bestselling author

"A compelling story--emotive, addictive, and harrowing at times. Watch out for this one!" --Noelle Holten, author of the DC Maggie Jamieson series

"A riveting mystery with an unforgettable protagonist, An Eye for an Eye reads as if Broadchurch was written by Ian Rankin." --Jason Pinter, bestselling author of A Stranger at the Door

"A turbo-charged page-turner with a ton of emotion, An Eye for an Eye will have you trusting no-one, suspecting everyone, and guessing right up until the final twist. Brilliant." --Chris Merritt, author of the Lockhart & Green series