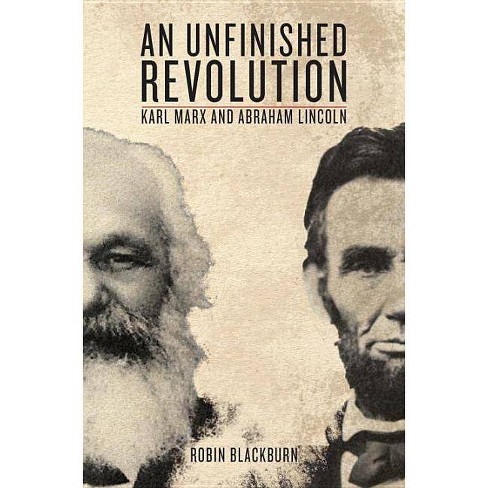 $25.49
MSRP$29.95
no reviews yet
be the first!be the first! ratings
Shipping
Free standard shipping with RedCard
Loading, please wait...
Help us improve this page

Robin Blackburn teaches at the New School in New York and the University of Essex in the UK. He is the author of many books, including The Making of New World Slavery, The Overthrow of Colonial Slavery, Age Shock, Banking on Death, and The American Crucible. Abraham Lincoln was the sixteenth president of the United States and the author of several seminal speeches and writings, including the Gettysburg Address. He died in 1865. Karl Marx was born in 1818, in the Rhenish city of Trier, the son of a successful lawyer. He studied law and philosophy at the universities of Bonn and Berlin, completing his doctorate in 1841. In Paris three years later, Marx was introduced to the study of political economy by a former fellow student, Frederick Engels. In 1848 they collaborated in writing The Communist Manifesto. Expelled from Prussia in the same year, Marx took up residence first in Paris and then in London where, in 1867 he published his magnum opus Capital. A co-founder of the International Workingmen's Association in 1864, Marx died in London in 1883. Frederick Engels was born in 1820, in the German city of Barmen. Brought up as a devout Calvinist he moved to England in 1842 to work in his father's Manchester textile firm. After joining the fight against the counter revolution in Germany in 1848 he returned to Manchester and the family business, finally settling there in 1850. In subsequent years he provided financial support for Marx and edited the second and third volumes of Capital. He died whilst working on the fourth volume in 1895.
If the item details above aren’t accurate or complete, we want to know about it. Report incorrect product info.