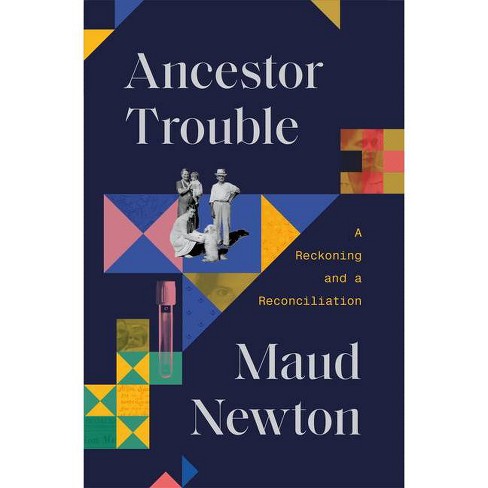 "Maud Newton's ancestors have vexed and fascinated her since she was a girl. Her mother's father, who came of age during the Great Depression in Texas, was supposedly married thirteen times, and survived being shot in the stomach by one of his wives. His father purportedly killed a man in the street with a hay hook, and later died in a mental institution. On her father's side, a Massachusetts ancestor was accused of being a witch, who cast sickness on her neighbor's ox and was later tried in court for causing the death of a child. Maud's father had a master's in aerospace engineering on scholarship from an Ivy League university and was valedictorian of his law school class; he also viewed slavery as a benevolent institution that should never have been disbanded, and would paint over the faces of brown children in her storybooks. He was obsessed with maintaining the purity of his family bloodline, which he could trace back to the days of the Revolutionary War. Her mother was a whirlwind of charisma and passions that could become obsessions; she kept over thirty cats and birds in a tiny two-bedroom apartment, and later started a church in her living room, where she would perform exorcisms. Maud's parents' marriage was acrimonious, their divorce a relief. But the meeting of their lines in her was something she could not shake. She signed up for an online account and began researching her genealogy. She found records of marriages and trials, wills in which her ancestors gave slaves to their spouses and children. The search took over her life. But as she dabbled in DNA testing and found herself sunk in census archives at 1 o'clock in the morning, it was unclear to her what she was looking for. She wanted a truth that would set her free, in a way she hadn't identified yet. This book seeks to understand why the practice of genealogy has become a multi-billion-dollar industry in contemporary America, while also mining the secrets and contradictions of one singularly memorable family history"--

"Extraordinary and wide-ranging . . . a literary feat that simultaneously builds and excavates identity."--The New York Times Book Review (Editors' Choice) Roxane Gay's Audacious Book Club Pick - An acclaimed writer goes searching for the truth about her wildly unconventional Southern family--and finds that our obsession with ancestors opens up new ways of seeing ourselves--in this "brilliant mix of personal memoir and cultural observation" (The Boston Globe). Maud Newton's ancestors have vexed and fascinated her since she was a girl. Her mother's father, who came of age in Texas during the Great Depression, was said to have married thirteen times and been shot by one of his wives. Her mother's grandfather killed a man with a hay hook and died in an institution. Mental illness and religious fanaticism percolated through Maud's maternal lines back to an ancestor accused of being a witch in Puritan-era Massachusetts. Maud's father, an aerospace engineer turned lawyer, was an educated man who extolled the virtues of slavery and obsessed over the "purity" of his family bloodline, which he traced back to the Revolutionary War. He tried in vain to control Maud's mother, a whirlwind of charisma and passion given to feverish projects: thirty rescue cats, and a church in the family's living room where she performed exorcisms. Her parents' divorce, when it came, was a relief. Still, her position at the intersection of her family bloodlines inspired in Newton inspired an anxiety that she could not shake, a fear that she would replicate their damage. She saw similar anxieties in the lives of friends, in the works of writers and artists she admired. As obsessive in her own way as her parents, Newton researched her genealogy--her grandfather's marriages, the accused witch, her ancestors' roles in slavery and genocide--and sought family secrets through her DNA. But immersed in census archives and cousin matches, she yearned for deeper truths. Her journey took her into the realms of genetics, epigenetics, and the debates over intergenerational trauma. She mulled over modernity's dismissal of ancestors along with psychoanalytic and spiritual traditions that center them. Searching, moving, and inspiring, Ancestor Trouble is one writer's attempt to use genealogy--a once-niche hobby that has grown into a multi-billion-dollar industry--to expose the secrets and contradictions of her own ancestors, and to argue for the transformational possibilities that reckoning with our ancestors offers all of us.

"Extraordinary and wide-ranging . . . a literary feat."--New York Times Book Review "A rigorous wrestling with the anxieties of ancestry that is as deep as it is broad."--NPR "Riveting and timely."--Washington Post "Wide-ranging yet intimate."--Vanity Fair "[A] powerful debut."--Oprah Daily "In grappling with her history, Newton explores intergenerational trauma, genetics and epigenetics, considering all the ways in which getting to know our ancestors can help us gain perspective on ourselves."--Time "At a moment of reckoning over America's violent history, her book is a salutary call for an 'acknowledgment genealogy' of the harms that are hidden in many family trees."--The Economist "A guide to the pitfalls and lessons one might encounter on a quest to reconcile the complicated terrain of familial relationships with the simple fact of descendancy."--Wired "Newton's great openness to and evocations of all the journeys she took turn into Ancestor Trouble's great beauty, poignancy, and power."--Los Angeles Review of Books "Ancestor Trouble does what all truly great memoirs do: It takes an intensely personal and at times idiosyncratic story and uses it to frame larger, more complex questions about how identity is formed."--The New Republic "Newton is a logical thinker and a hyperacute observer, with a prodigious memory and a lacerating honesty. She's a transparent and at times lyrical writer."--LA Times "With the rigor of a historian and the voice of a mystery writer, Newton pulls the reader into a philosophical exploration of trauma and heritage. . . . A magisterial memoir."--The Observer "From a grandfather known to have had 13 marriages to ancestors with mental illnesses to a relative accused of being a witch in Puritanical Massachusetts, her research will keep you hooked (and have you planning your own family tree analysis)."--CNN

Maud Newton has written for The New York Times Magazine, Harper's, The New York Times Book Review, and Oxford American. She grew up in Miami and graduated from the University of Florida with degrees in English and law.
If the item details above aren’t accurate or complete, we want to know about it.

This Will Not Pass - by Jonathan Martin & Alexander Burns (Hardcover)

We Want to Do More Than Survive - by Bettina Love

The Autobiography by Elton John (Hardcover)

I Am Ozzy - by Ozzy Osbourne (Paperback)