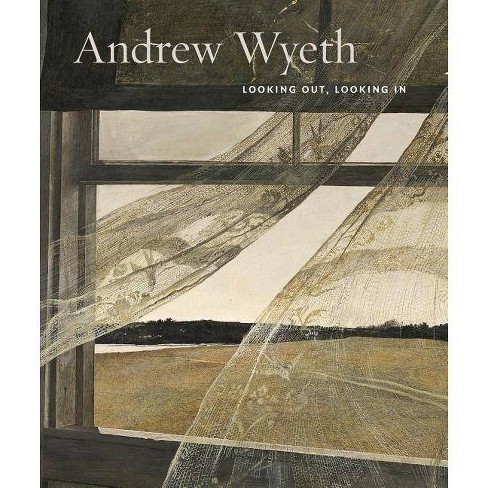 One of Andrew Wyeth's most important paintings, Wind from the Sea (1947), is also the artist's first full realization of the window as a recurring subject in his art. Wyeth returned to windows during the course of the next 60 years, producing more than 300 remarkable works that explore both the formal and conceptual richness of the subject. Absent from these spare, elegant, almost abstract paintings is the narrative element inevitably associated with Wyeth's better-known figural compositions. In 2014 the National Gallery of Art, Washington, presents an exhibition of a select group of these deceptively realistic works, window paintings that are in truth skillfully manipulated compositions centering on the visual complexities posed by the transparency, beauty and formal structure of windows. In its exclusive focus on paintings without human subjects, this catalogue offers a new approach to Wyeth's work and represents the first time that his non-figural works have been published as a group since the 1990s.

The authors explore Wyeth's fascination with windows--their formal structure and metaphorical complexity. In essays that address links with the poetry of Robert Frost and the paintings of Edward Hopper, Charles Sheeler and other artistic peers, the authors consider Wyeth's statement that he was, in fact, an abstract painter.

American painter Andrew Wyeth (1917-2009) lived his entire life in his birthplace of Chadds Ford, Pennsylvania, and his summer home in mid-coast Maine. His seven-decade career was spent painting the land and people that he knew and cared about. Renowned for his tempera Christina's World (1948), Wyeth navigated between artistic representation and abstraction in a highly personal way.

--Christopher Benfey "The New York Review of Books"
If the item details above aren’t accurate or complete, we want to know about it. Report incorrect product info.