Angel of Greenwood - by Randi Pink 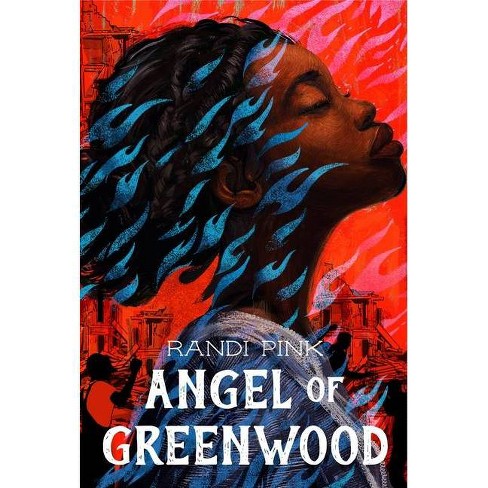 A piercing, unforgettable love story set in Greenwood, Oklahoma, also known as the "Black Wall Street," and against the Tulsa Race Massacre of 1921.

A piercing, unforgettable love story set in Greenwood, Oklahoma, also known as the "Black Wall Street," and against the Tulsa Race Massacre of 1921.

Isaiah Wilson is, on the surface, a town troublemaker, but is hiding that he is an avid reader and secret poet, never leaving home without his journal. Angel Hill is a loner, mostly disregarded by her peers as a goody-goody. Her father is dying, and her family's financial situation is in turmoil. Though they've attended the same schools, Isaiah never noticed Angel as anything but a dorky, Bible toting church girl. Then their English teacher offers them a job on her mobile library, a three-wheel, two-seater bike. Angel can't turn down the money and Isaiah is soon eager to be in such close quarters with Angel every afternoon. But life changes on May 31, 1921 when a vicious white mob storms the Black community of Greenwood, leaving the town destroyed and thousands of residents displaced. Only then, Isaiah, Angel, and their peers realize who their real enemies are.

"The romantic love in [Angel of Greenwood] is big and beautiful and pure. And beyond the love between two teenagers, there's a deep love of community and home. Greenwood feels so wholesome, so idyllic, and when the hate breaks through, it will break your heart....I hope teachers assign this in schools and librarians turn it face-out on the shelves. American kids need to know this history to be good citizens." --National Public Radio (NPR) This harrowing fictional account of Black community action centers the eve of the 1921 Tulsa Race Massacre.... Rich in its discussion of Black literature, this novel brilliantly juxtaposes a lighthearted story of young Black love with a deft reminder that such beauty has often been violently seized from Black people, and that these instances deserve remembrance. --Publishers Weekly, starred review The tragedy of Greenwood is made especially palpable here not only in the depiction of the violence but also in the portrayal of the thriving, successful, neighborly place that it is before the massacre. Isaiah and Angel give solid representations of their two at-odds idols, with Isaiah examining how the double consciousness of Blackness affects every relationship he has, including with Angel. Their romance gives a touch of softness to what ultimately feels like a timely cautionary tale for the nation's current racial reckoning. --Bulletin of the Center for Children's Books The climax of the book is utterly devastating, tragic, and heartbreaking. Pink reclaims untold stories from the past, giving names and faces to the lives stolen a century ago in moving and vivid detail, while still managing to engender hope and survival, a message that will certainly hit differently for different readers. --Culturess While we've acknowledged the economic impact of the violence, many haven't scratched the surface of what that moment felt like for the people who called Greenwood home. In this novel, a teen comes of age in Tulsa in 1921, underscoring what it was like for Black teenagers trying to find their place in the world amid tragedy. --ELLE magazine

Randi Pink is the author of Girls Like Us, a School Library Journal Best Book of 2019, and Into White, also published by Feiwel and Friends/Macmillan. Her most recent novel, Angel of Greenwood, was Junior Library Guild selection, and was praised as having a deep love of community and home, by National Public Radio. She lives with her family and two rescue dogs in Birmingham, Alabama. iamrandipink.co
If the item details above aren’t accurate or complete, we want to know about it.

The King Inside - by Angelise M Rouse (Paperback)

We Are the Scribes - by Randi Pink (Hardcover)

Into White - by Randi Pink (Paperback)