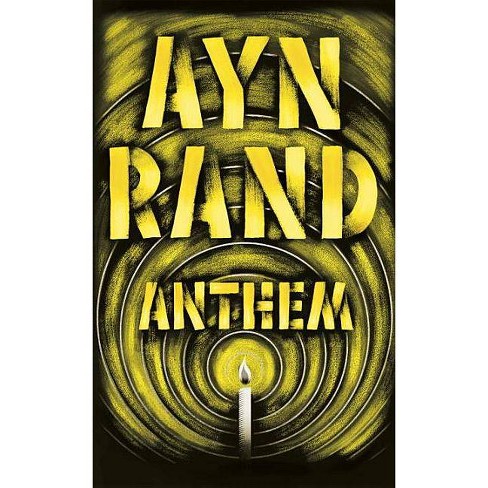 Also includes a facsim. of the original English ed., published in 1938, with Rand's editorial changes for the American ed. in her own hand.

Anthem is Ayn Rand's classic tale of a dystopian future of the great "We"--a world that deprives individuals of a name or independence--that anticipates her later masterpieces, The Fountainhead and Atlas Shrugged. They existed only to serve the state. They were conceived in controlled Palaces of Mating. They died in the Home of the Useless. From cradle to grave, the crowd was one--the great WE. In all that was left of humanity there was only one man who dared to think, seek, and love. He lived in the dark ages of the future. In a loveless world, he dared to love the woman of his choice. In an age that had lost all trace of science and civilization, he had the courage to seek and find knowledge. But these were not the crimes for which he would be hunted. He was marked for death because he had committed the unpardonable sin: He had stood forth from the mindless human herd. He was a man alone. He had rediscovered the lost and holy word--I. "I worship individuals for their highest possibilities as individuals, and I loathe humanity, for its failure to live up to these possibilities."--Ayn Rand

Born February 2, 1905, Ayn Rand published her first novel, We the Living, in 1936. Anthem followed in 1938. It was with the publication of The Fountainhead (1943) and Atlas Shrugged (1957) that she achieved her spectacular success. Rand's unique philosophy, Objectivism, has gained a worldwide audience. The fundamentals of her philosophy are put forth in three nonfiction books, Introduction to Objectivist Epistemology, The Virtues of Selfishness, and Capitalism: The Unknown Ideal. They are all available in Signet editions, as is the magnificent statement of her artistic credo, The Romantic Manifesto.
If the item details above aren’t accurate or complete, we want to know about it. Report incorrect product info.