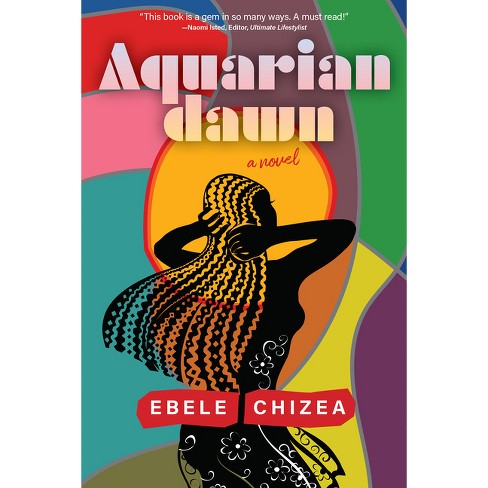 In Nigeria-born, America-based author Ebele Chizea's stunning debut novel, teenager Ada and her mother flee the civil war of their West African home and come to America in 1966, where Ada soon discovers--and blossoms within--the US counterculture movement, developing a drive for anti-war activism which she takes with her back to Nabuka only to uncover new truths about herself as well as family secrets that threaten to shatter her plans for the future.

While protesting the Vietnam war in America, Ada forges friendships with other nonconformist youth: free-spirited Stacey, a boisterous hippie, and Sal, a philosophical wanderlust. Soon she seeks independence from her mother, love on her own terms, as well as sexual autonomy. College provides Ada with opportunities for academic success, personal experimentation, and full independence, as well as heartbreak. Despite loss and grief over a decade, Ada's heart becomes her own true compass and guides her to fully become the leader and activist she'd always been deep inside.

Chizea's brilliant prose and storytelling skills are fully apparent as she reveals a young woman's struggle to find balance in her life and in herself while straddling physical and social borders of two distinctly different cultures.

"Fusing war, politics, love, and confusion in a touching exploration of young womanhood on the brink of national changes, Aquarian Dawn is a memorable novel." --Foreword Reviews

"Ada's story, every twist and turn, is worth the trip." --Kirkus Reviews

"As soon as one starts reading Aquarian Dawn you are captivated by Ebele's powerful use of language and literary skills and descriptive language. This book is a gem in so many ways as not only is the storyline and Ada, the protagonist, so captivating but the illustrative language is so engaging! A must read!"--Naomi Isted, Award-Winning TV Host; Editor-in-Chief Ultimate Lifestylist

"A dazzling debut novel by a dazzling writer whose storytelling shines as bright and liquid as the African sun. Aquarian Dawn and its radiant protagonist Ada Ekene are a gift to the planet with heartfelt observation, sparkling beauty and insight into the perils and promise of growing up, breaking loose, and coming home." --Lynn Lipinski, author, Bloodlines, God of the Internet, Serpent Loop

"Aquarian Dawn is a breathtaking, soulful, and timeless literary masterpiece that will engulf readers in a tsunami of emotions. It will be difficult for us not to see reflections of ourselves in Ada Ekene. Haven't we all witnessed a dramatic change in the trajectory of our lives at some point? Haven't we all stumbled upon truths that shook us to our core or attempted to run away from our destiny? Through her debut novel, Aquarian Dawn, Ms. Ebele Chizea -our Griot - presents each of us with a beautiful and powerful story. At the same, Ms. Chizea, in the tradition of Griots from times past, employs words as her instrument--through Aquarian Dawn--to offer us profound life lessons about listening to our soul's voice, the transcendency of love, embracing our destiny, and the wisdom in unmasking the past." --Diane Aisha Sears, Managing Editor, In Search of Fatherhood

Ebele Chizea was born in Nigeria and moved to the United States at age sixteen. Since graduating with honors in 2004 from Thiel Colege in Greenville, PA, she has published fiction, poetry, and essays in various publications including The African, The Sentinel, The Nigerian Punch, Sahara Reporter, as well as her own online publication, Drumtide Magazine, which featured interviews with prominent figures in the entertainment and literary fields including Afro-punk pioneer Lunden DeLeon, afrobeat musician Seun Kuti, and award-winning Nigerian Belgian novelist, Chika Unigwe. She is the author of How to Slay in Life: A Book of Proverbial Wisdom. Aquarian Dawn is her debut novel. She currently lives in Santa Monica, CA.