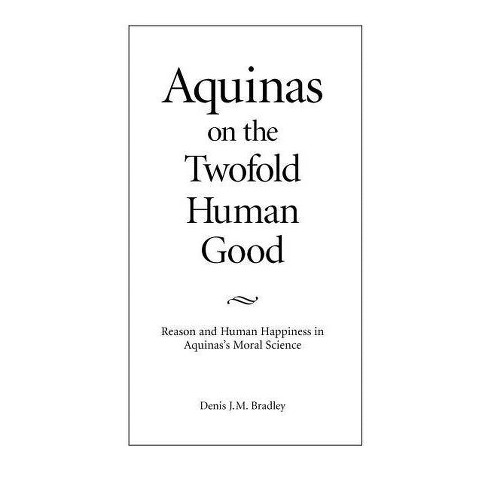 For many years, philosophers have read Aquinas's ethical writings as if his moral doctrine ought to make sense completely apart from the commitments of Christian faith. Because Aquinas relied heavily upon rational arguments, and upon Aristotle in particular, scholars have frequently attempted to read his texts in a strictly philosophical context. According to Denis J. M. Bradley, this approach is misguided and can lead to a radical misinterpretation of Aquinas's moral science. Here, Bradley sets out to prove that Aquinas was a theologian before all else and that any systematic Thomistic ethics must remain theological--not philosophical.


Against the background of Aristotle's Nicomachean Ethics, the author provides a detailed differentiation between Aristotle's and Aquinas's views on moral principles and the end of man. He points out that Aquinas himself provided a powerful critique of remaining within the limits of Aristotelian philosophical naturalism in ethics. Human nature's openness to its de facto supernatural end, which is the focal point of Thomistic moral science, obviates any attempt to reconstruct a systematic, quasi-Aristotelian ethics from the extracted elements of Aquinas's moral science. Aquinas's critique of Aristotle leads to a paradoxical philosophical conception of human nature: short of attaining its ultimate supernatural end, the gratuitous vision of the divine essence, human nature in history and even in eternity is naturally endless.


In concluding, Bradley suggests that it is the Christian philosopher who, by explicitly embracing the theological meaning of man's paradoxical natural endlessness, can best engage a postmodernism that repudiates any ultimate rational grounds for human thought and morality.

Denis J. M. Bradley is a member of the department of philosophy at Georgetown University and a former fellow of the American Academy in Rome.

PRAISE FOR THE BOOK:

"Bradley's contribution to the study of Aquinas is important. From the standpoint of a historian, his main achievement is to clarify the 'dialogue' between Aquinas and Aristotle. This fulfills a long-time desideratum: the subject has been treated by many scholars . . . but Bradley is the first who has studied virtually all relevant texts in detail, with convincing results. He establishes a new status quaestionis from which all further research must start."-- Prof. Wolfgang Kluxen, University of Bonn

"A helpful introduction to some of the main themes of Thomistic and Aristotelian morality."--Choice