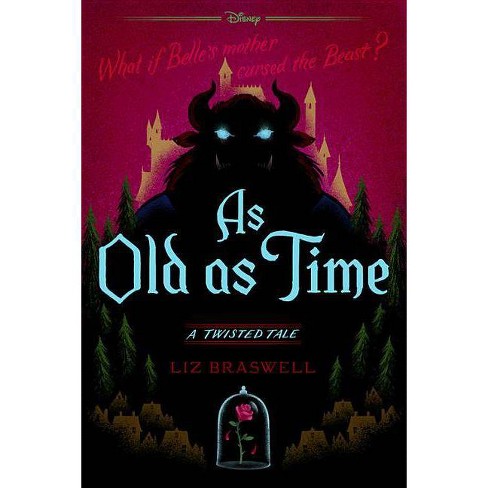 What if Belle's mother cursed the Beast? That's the premise of this third book in the Twisted Tale series that reimagines classic Disney stories in surprising new ways.

The 3rd installment in the New York Times best-selling A TWISTED TALE series asks: What if Belle's mother cursed the Beast?

When Belle touches the Beast's enchanted rose, memories flood through Belle's mind--memories of a mother she thought she would never see again. And, stranger still, she sees that her mother is none other than the beautiful enchantress who cursed the castle and all its inhabitants. Shocked and confused, Belle and the Beast will have to unravel a dark mystery about their families that is 21 years in the making. For more twisted adventures, try the other books in the A TWISTED TALE series:

After the sort of introverted childhood you would expect from a writer, Liz Braswell earned a degree in Egyptology at Brown University and then promptly spent the next ten years producing video games. Finally she caved into fate and wrote Snow and Rx under the name Tracy Lynn, followed by The Nine Lives of Chloe King series under her real name, because by then the assassins hunting her were all dead. She also wrote A Whole New World, a twist on Aladdin, and Once Upon a Dream, a twist on Sleeping Beauty for the A Twisted Tale series. She lives in Brooklyn with a husband, two children, a cat, a part-time dog, three fish and five coffee trees she insists will start producing beans any day. You can email her at me@lizbraswell.com or tweet @LizBraswell.
If the item details above aren’t accurate or complete, we want to know about it. Report incorrect product info.