As the Shadow Rises - (Age of Darkness) by Katy Rose Pool 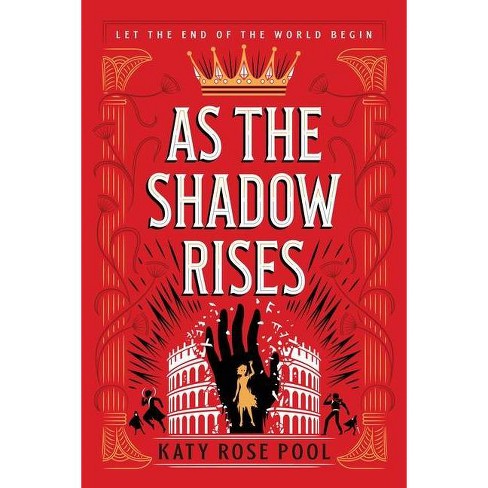 Six of Crows meets Graceling with a dash of Winter is Coming in Katy Rose Pool's second installment of the action-packed and swoon-worthy Age of Darkness series--As the Shadow Rises.

As the Shadow Rises solidifies Katy Rose Pool's status as one of the best fantasy writers of the 21st century. --Popsugar

The Last Prophet has been found, yet he sees destruction ahead. In this sequel to the critically-acclaimed There Will Come a Darkness, kingdoms have begun to fall to a doomsday cult, the magical Graced are being persecuted, and an ancient power threatens to break free. But with the world hurtling toward its prophesized end, Anton's haunting vision reveals the dangerous beginnings of a plan to stop the Age of Darkness. As Jude, Keeper of the Order of the Last Light, returns home in disgrace, his quest to aid the Prophet is complicated by his growing feelings for Anton. Meanwhile, the assassin known as the Pale Hand will stop at nothing to find her undead sister before she dies for good, even if it means letting the world burn. And in Nazirah, Hassan, the kingdom-less Prince, forms a risky pact to try to regain his throne. When the forces of light and darkness collide in the City of Mercy, old wounds are reopened, new alliances are tested, and the end of the world begins. The Age of Darkness trilogy is perfect for fans of Throne of Glass, Children of Blood and Bone, and An Ember in the Ashes. * Adventurous relic-hunting, mind-blowing twists, budding love, and terrible betrayals feature in this multiple-narrator, character-driven study of power, agency, and identity. --Kirkus Reviews, starred review Praise for There Will Come a Darkness Reading this intricate YA fantasy, you get the feeling Katy Rose Pool's plot is always seven steps ahead of you. You'll want to catch up as quickly as possible. --Refinery 29

As the Shadow Rises solidifies Katy Rose Pool's status as one of the best fantasy writers of the 21st century. --Popsugar

* Adventurous relic-hunting, mind-blowing twists, budding love, and terrible betrayals feature in this multiple-narrator, character-driven study of power, agency, and identity and the ways these are affected by the interwoven threads of both history and legend. --Kirkus Reviews, starred review Nailbiting plot twists. -- The Bulletin of the Center for Children's Books Praise for The Age of Darkness: A Morris Award Finalist for best debut young adult novel!
FOUR STARRED reviews!
A Tor.com Best YA SFF/Horror Book of the Year!
A Kirkus Best Book of the Year!
An Indigo Best Book of the Year! One of the most stunning debuts of the year. --Seventeen "A can't miss debut from an exciting new talent." -- New York Time bestselling author Kiersten White * A well-crafted, surprising, and gripping start to a new trilogy. --Kirkus Reviews, starred review * Pool accomplishes a masterful balance of exposition, action, and characterization . . . full of genuinely surprising and interesting twists that will have readers anxious to get to the last page. --The Bulletin of the Center for Children's Books, starred review "I dare you not to fall madly in love with the cast of characters." --New York Times bestselling author Laura Sebastian Reading this intricate YA fantasy, you get the feeling Katy Rose Pool's plot is always seven steps ahead of you. You'll want to catch up as quickly as possible. --Refinery 29 * High stakes, abundant action, and realistic romances. --Publishers Weekly, starred review * [S]et apart by its immersive worldbuilding and compelling narrators. --Shelf Awareness, starred review Explosive. --New York Times bestselling author Sara Holland [G]ripped me until the very last pages. --Julie C. Dao, author of Forest of a Thousand Lanterns There Will Come a Darkness feels both utterly original and like the best of classic fantasy --Tasha Suri, author of Empire of Sand

Katy Rose Pool, author of the Age of Darkness trilogy, was born and raised in Los Angeles, California. After graduating from UC Berkeley with a degree in history, Katy spent a few years building websites by day and dreaming up prophecies by night. Currently, she resides in the San Francisco Bay Area, where she can be found eating breakfast sandwiches, rooting for the Golden State Warriors, and reading books that set her on fire
If the item details above aren’t accurate or complete, we want to know about it. Report incorrect product info.