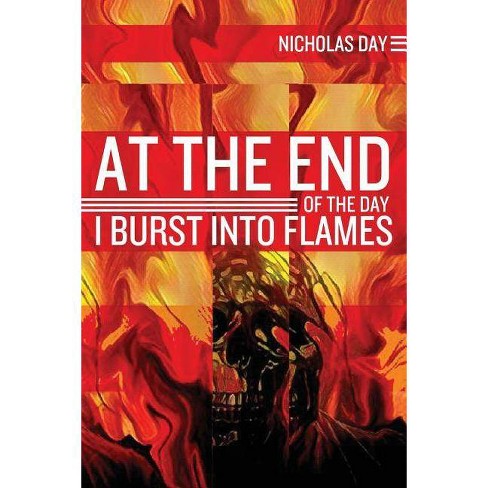 These are his final moments.

In the little city of Wood River, Illinois, a man nicknamed Firecracker knows the end is near. The fire is coming, just like it came for his father, his grandfather, and who knows how many men. After all, folks in those parts have a short-term memory when it comes to history, and lots of stories have a tendency to go to the grave. Maybe the fire was always there. Maybe it came along when the oil refinery went up in 1907. Who can say? Sometimes, a yarn like this is as close to a history book as a Midwest community and its people are apt to get.

When it happened to his father, the doctors only called it an accident. But Firecracker's mother had a name for it: spontaneous combustion. Firecracker knows there is no way to escape this Act of God, so he retreats into his memories. Past and present become one and the same. The veil of reality pulls away and Death arrives in time for one last conversation, where Firecracker comes to terms with the mysteries of his own life, and realizes that some questions are not nearly as important as the moments which spawned them.

From the first line of the tale that sees his eyes explode to--moments and pages later--his whole body being consumed by flame, Firecracker experiences his life and loves through a succession of memories, reveals his friendship with Death, and talks about the men in his family's unfortunate predisposition.

This is a yarn about life and death and spontaneous human combustion.

This is a tale of a man with a fire inside him.

At the End of the Day I Burst into Flames is a horror story about how beautiful love can be.