At the Mountains of Madness - by H P Lovecraft (Paperback) 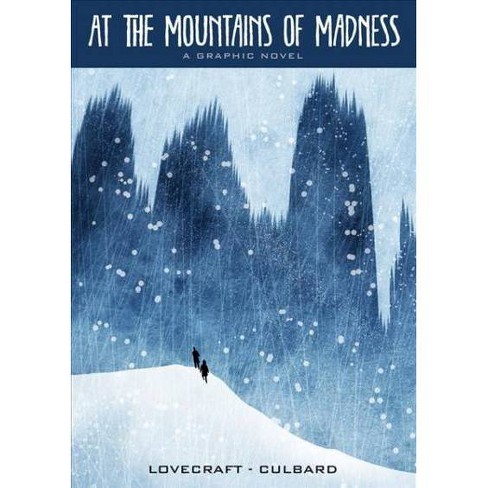 This is a tale of terror. The barren, windswept interior of the Antarctic plateau was lifeless or so the expedition from Miskatonic University thought. Then they found strange fossils of unheard-of-creatures, carved stones tens of millions of years old and, finally, the unspeakable, mind-twisting terror of the City of the Old Ones.

A dark, dazzling adaptation of H. P. Lovecraft's best-known tale is back in print

"For a second we gasped in admiration . . . and then vague horror began to creep into our souls." September 1930. A scientific expedition embarks for the frozen wasteland of Antarctica. But the secrets they unearth there reveal a past almost beyond human comprehension--and a future too terrible to imagine. By taking scientific fact so seriously, At the Mountains of Madness (1936), H.P. Lovecraft's classic take on the "heroic age" of polar exploration, helped to define a new era in 20th-century science-fiction.

H.P. Lovecraft was one of the most influential horror writers of the 20th century. I.N.J. Culbard is an award-winning artist widely known for his graphic novel adaptations of the classics. He collaborated on a critically acclaimed Sherlock Holmes series with Ian Edginton and worked on The New Deadwardians for Vertigo, Dark Ages for Dark Horse, and Brass Sun for 2000AD. His first original graphic novel, Celeste, was nominated for the British Comic Award.
If the item details above aren’t accurate or complete, we want to know about it. Report incorrect product info.